India has topped the list of global mobile game downloads in 2020, with citizens installing 7.3 billion games in the first nine months of the year. According to app intelligence firm Sensor Tower, these downloads account for 17.2% of all worldwide downloads.

In the first quarter of the year, Indians installed nearly 1.8 billion games. Global lockdowns in March due to the pandemic saw the popularity of gaming abruptly surge. In Q2, India saw a 50% rise in downloads with around 2.7 billion downloads. In the September-ending quarter (Q3), downloads further grew 7% to 2.9 billion downloads.

With over 220 million installs, Garena Free Fire was the most downloaded game globally in the first nine months of 2020, followed by PUBG Mobile and Subway Surfers.

“The ability to play with others appears to be a major selling point of these games during lockdown, enabling them to build upon their pre-existing popularity this year,” Sensor Tower said.

Meanwhile, Tencent’s PUBG Mobile was the top-grossing game during this period, with over $2 billion generated in player spending. It was followed by Tencent’s Honor of Kings and Niantic’s Pokémon GO.

With its new stay-at-home features and the users combining the app into their exercise routine, Pokémon GO has raked in $1 billion so far this year. Launched in 2016, the popular location-based game’s spending has risen each year from 2018, with 2020 marking its best year so far.

Meanwhile, InnerSloth’s Among Us was the most downloaded game worldwide in October with 74.8 million installs – a 50X increase from October 2019. While India had the highest number of installs, accounting for 15% of the total downloads, the U.S. had the second-highest downloads at nearly 12%.

Sensor Tower also found that player spending has continued to rise across the first three quarters of 2020, with Q1 seeing $17.7 billion in player spending and Q2 seeing a 13.6% increase in revenue to over $20 billion. However, growth has been slowing down since the peak of lockdowns in the middle of this year – player spending rose by a comparatively demure 4.1% in Q3 to nearly $21 billion.

With people confined to their homes during the pandemic-induced lockdown, the popularity of gaming saw a rapid surge, with a significant increase in downloads and player spending in mobile games.

“Analyzing the year once again at a quarterly level, we can see a sharp rise in downloads, followed by a decline in Q3 as lockdown restrictions around the world were eased,” Sensor Tower said.

It added that while the growth has since dissipated, there is still a considerable increase in revenue, “suggesting players continue to be willing to spend more even if they aren’t downloading as many new titles.”

According to a Google-KPMG report, the Indian online gaming market is set to grow to US$1 billion and add 190 million gamers by 2021. The lockdown also benefited several Indian gaming startups such as PocketAces, Nazara Technologies, and Paytm First Games, which saw a huge surge in user engagement and traffic.

According to Live Mint, the user base of Paytm First Games increased by nearly 200% during the lockdown, with over 90 million app downloads. Some of its games, like Ludo and rummy, also grew by over 100%.

“Our platform offers a variety of games across genres and players are also able to win rewards leading to healthy retention of these users,” said Sudhanshu Gupta, Chief Operating Officer of Paytm First Games.

With the second wave of COVID-19 hitting many countries, Sensor Tower says that similar trends can be expected to emerge in Q4, with publishers entering the second wave with more knowledge than at the beginning of this year. It had earlier predicted that new app installs will reach 44.5 billion on the App Store and 139.2 billion on Google Play in 2024. In addition, consumer spending in mobile apps through both the stores will total nearly $171 billion globally in 2024 – double that of 2019.

PUBG Corporation, the South Korea-based parent of the popular video game PlayerUnknown’s Battlegrounds (PUBG), on November 12 announced that it will soon bring back the game after it was banned by the government of India.

While PUBG is developed and published by PUBG Corporation, a subsidiary of South Korea-based video game company Bluehole, Chinese multinational tech conglomerate Tencent is a publishing partner for the game’s mobile version.

PUBG Mobile, one of the most popular mobile games in India, was banned by the Indian government on September 2 under Section 69A of the Information Technology Act. A total of 118 Chinese apps were banned on the day, with the government stating that the apps have been engaging in activities “prejudicial to sovereignty and integrity of India, defence of India, security of the state and public order.”

Soon after the ban, PUBG Corporation revoked the Indian distribution rights for the game from Tencent Games. Despite a huge outcry from fans following the ban, the Indian government made no moves to revoke it.

In the latest news surrounding the popular game, the company announced that ‘PUBG Mobile India’ will specifically cater to the needs of Indian players and will have maximized data security for its players. Along with adhering to local regulations, there will be “regular audits and verifications on the storage systems that store the personal information of Indian users in order to make sure that the data is kept safe.”

“In light of recent developments, PUBG Corporation has made the decision to no longer authorize the PUBG MOBILE franchise to Tencent Games in India. Moving forward, PUBG Corporation will take on all publishing responsibilities within the country,” the company had said in a statement.

Announcing the India push, South Korea’s Krafton, PUBG Corporation’s parent company, said that it is planning to make investments of US$100 million in India. In addition, it also plans to create an Indian subsidiary to enhance communications and services with players.

“The Indian company will hire over 100 employees specializing in business, esports, and game development. In addition to establishing a local office, the company will look to actively collaborate and leverage local businesses to strengthen its gaming service,” the company said in a press release.

However, PUBG Corporation has not yet announced the exact date of launch for the new game. Meanwhile, the government has not confirmed whether the game will be allowed in India.

Along with India, PUBG Mobile is also banned in multiple other countries including China, Jordan, Nepal, Israel and Iraq. However, in China, the game underwent heavy modifications and is operational as Game for Peace.

Image by SAIYED IRFAN A from Pixabay

By Reethu Ravi and Sharon Lewis This article is the third of a four-part Tech’s Year in Review series reviewing developments across industries in 2020. It discusses the world of lifestyle tech, focusing on esports and gaming, entertainment and media, and travel. The year 2020 was a tumultuous [...] 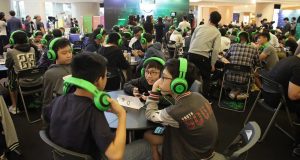 Though esports currently offers fame and riches to those playing at the highest levels, the involvement of academic institutions like universities is expected to provide new opportunities and make the industry more sustainable. With the global esports market valued at US$1.1 billion in 2019 and [...]

Leveling Up in the Post-pandemic Esports Market

Why esports companies should change their business strategies in a post-COVID-19 market, and how exactly it should be executed. The US$1 billion esports sector is set to win this pandemic. With hordes of players entering the gaming landscape, craving the experience of online social interaction in [...]

Huya’s acquisition of DouYu is a significant development for China’s esports industry Chinese livestreaming platform Huya has acquired rival DouYu in a stock-for-stock merger deal with a unanimous nod from special committees and the boards of both companies, according a statement by the company [...]