Only Winners Here: The Intersection of Covid-19 and Gaming

Gaming has comfortably found its place in the virtual age.

After the Covid-19 pandemic was declared a global health emergency by the United Nations in late January, countries fell into lockdown mode like dominoes, confining people to their homes indefinitely. With more people at home, the popularity of gaming has abruptly surged.

When the first few countries (other than China) started going into lockdowns in March, video game usage increased by as much as 75% during peak hours. Around the same time, gaming sales also peaked at 63% across countries in Europe, Africa, the Middle East and Asia.

Comparatively, video streaming increased by 12%, overall web traffic by around 20%, and there was no noticeable change in social media usage. These are telling metrics, considering that Internet platforms are on their way to becoming the primary source of entertainment, surpassing even television.

Over the years, the gaming industry has built its own dedicated community of 2.5 billion gamers, almost twice the population of China. Continuing and repeated lockdowns are only going to further inflate this figure.

Lockdown and Gaming in Asia

Gaming is one of Asia’s biggest industries, and has given the world names such as Nintendo, Tencent (which owns PUBG Mobile and League of Legends), and Bandai Namco (which is celebrating PACMAN’s 40th anniversary this year), the Asia Pacific region accounts for almost half of the estimated $159.3 billion industry.).

A predominantly mobile and PC/Mac gaming market, consumer spending on PC and Mac games in the APAC region continued to do well in the first quarter of the year, outdoing Q1 2019 performance.

However, a 2018 freeze on new game releases and tighter approval processes in China continued to affect the market’s overall performance, losing some traction in the mobile gaming and hand-held consoles segment. Regardless, regional consumer spending on mobile gaming remained significant.

Revenues from China, Japan and South Korea make the region the biggest market for gaming, and interestingly, the three countries have responded very differently to mobile gaming during lockdown times.

China has hit 25% growth in mobile game downloads so far in 2020, while Japan recorded the second-highest growth among the top markets at 40% (Spain recorded the highest at 65%). Both China and Japan also recorded a higher growth in downloads after respective announcements of lockdown measures were made in these countries.

Trends Across the Board

Mobile gaming has come a long way from the day of Snake played on Nokia phones, and as the fastest growing segment in gaming, it is expected to only grow bigger with time.

Estimated to account for 48% of the global games market in 2020, mobile gaming has seen a steep upward swing in revenues ever since it overtook other forms of gaming.

Further, spending on mobile gaming is expected to grow at an average of three times the PC/Mac gaming and console gaming markets. In fact, mobile games hit a record 1.2 billion downloads in the second week of April in the U.S., not long after California released the first U.S. home quarantine order.

As of Q1 2020, games account for less than half of total app store downloads, hovering around the 40% mark for both iOS and Android. However, they continue to bring in a massive chunk of total app store consumer spend, with iOS at a little over 60%, and Android at just over 80%, despite a slight year-on-year decrease.

Overall, the worldwide weekly average for user downloads as well as time spent in March was up 35% as compared to January this year, recording the fifth highest growth in app categories for those two parameters.

That is not to say that other forms of gaming are less popular. Bouncing back after a two-month downturn, console sales peaked at a growth of 155% in March this year despite delays in releases and adverse lockdown effects on brick-and-mortar retail.

This has created the perfect launchpad for both Sony and Microsoft, whose PlayStation 5 and Xbox Series X respectively are slated for release in late 2020.

PC/Mac gaming can also be expected to record a modest growth. Although not as popular as its mobile and console counterparts in countries outside the APAC region, the fact that many console games today are PC/Mac compatible will likely drive growth in emerging markets, where other gaming hardware are considered expensive investments.

With such fast-paced trends emerging from this space, the gaming industry has demonstrated that it embraces and can adapt to change.

One of the segments of gaming to have taken a hit is esports, a type of professional multiplayer competitive gaming that held like a live sport with an active audience. While some esports events are taking place remotely, revenues for the year have been impacted in the short term nonetheless.

The broader forecast for the industry, which is on track to become a $1 billion industry by 2020, is still strong. Live streaming platforms Twitch, Youtube Gaming Live, and Facebook Gaming saw spikes in hours watched.

Another trend to look forward to is the convergence of cloud technology and gaming, both of which are leaders in their own spaces. A relatively young market, cloud gaming allows users to access games on-demand and through multiple devices, and is expected to be the next major disruptor for the industry.

Gamers have also had a long-standing expectation from simulation technologies (such as augmented reality and virtual reality) and artificial intelligence to transform the gaming experience.

Coupled with the more recent developments that have taken place during lockdown, Playstation 5 is not the only good thing that gamers can expect in the near future – by handing over their money to game developers, they might have provided the ‘cheat code’ to a new future for gamers.

Header image by JESHOOTS.COM on Unsplash 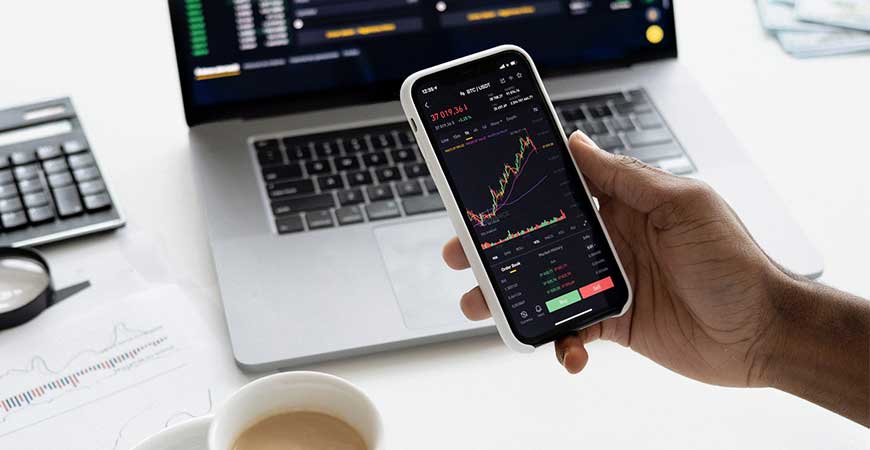