What is Venture Capital?

What is Venture Capital?

Venture capital was developed by Harvard Business School professor Georges Doriot after the Second World War. It is a subset of private equity and a type of financing that investors, investment banks or other financial institutions provide to start-up companies that are believed to have long-term growth potential. However, it is not limited to a monetary form: it can also be in the form of technical or managerial expertise.

What is the difference between venture capital and other private equity deals?

The important difference is that venture capital tends to focus on emerging companies seeking substantial funds for the first time, while private equity tends to fund larger, more established companies that are seeking an equity infusion or a chance for company founders to transfer some of their ownership stakes.

How does Venture Capital work?

Although it is said that venture capitalists (VCs) invest in talented founders and good business models, the truth is that they tend to invest in solid industries. In 1980, nearly 20% of venture capital investments went to the energy industry. In today’s VC space, more than 25% of deals went to Internet companies.

Venture capitalists also invest at the middle part of the industry life-cycle: they avoid new and unfamiliar technologies and markets, and also avoid the later stages when growth is slow and competition is high.

While it may seem as though this tactic insulates VCs from the risks at either extreme end of the business life cycle, it can actually be very difficult at this stage to distinguish the overall winners from the losers. Financial profiles and growth rates are usually very similar at this stage across industries, and all companies are struggling to deliver their products to market. The critical challenge resting on VCs, then, is really that of identifying competent management who can execute and supply the growing demand.

What are the Trends in Venture Capital?

Over time, deal sizes have increased significantly and there are a growing number of venture capital firms, both independent and institutional, fighting to back the best companies. This has allowed for specialization, with stage-specific investors, industry-specific investors, and each firm with its own appetite for risk. While data from NVCA and PitchBook shows that VC firms’ deal sizes are still increasing and investing at a later stage as risk appetites decrease, the share of angel investors has remained constant or even declined over the years.

Serial entrepreneur Anie Akpe shares her journey, her motivations, and how she’s helping the Black community break barriers Despite the strides the labor industry is making in diversity and inclusion, women continue to be drastically under-represented in the tech field. The case is even [...]

Examining the layers of bias and history that perpetuate unequal pay structures By BOBO CHAN It’s still a man’s world in the tech industry. Even after the #MeToo movement and the blow-up of numerous Silicon Valley harassment scandals, this industry remains rife with challenges for women hoping [...] 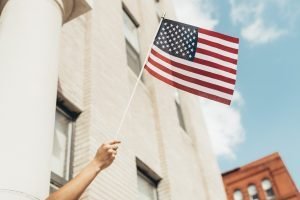 Thanks to technology and social media, calling out misbehavior and misconduct has never been easier. It’s also never been harder. Edward Snowden. Chelsea Manning. Reality Winner. Three American names familiar the world over, for leaking classified information to sites like WikiLeaks and media [...] 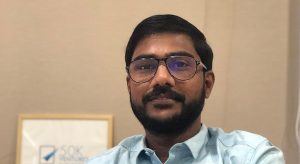 By Sanjay Enishetty  Internet connectivity, homegrown success stories, and loosening regulations: India’s startup ecosystem is ushering in a new dawn. Gone are the days when being an Indian startup would mean being an app-based aggregator rip-off of an American original. While [...] 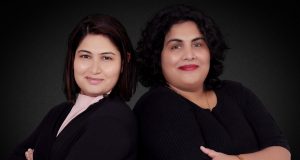 Work vs. Wanderlust: The 5 Best Cities for Remote Tech Workers

With remote working, work and travel goals are no longer a trade-off. Here are the top cities for your new home base as a tech [...]