An Introduction to the Korean Startup Ecosystem

A thriving startup hub that’s coming into its own

Korea’s startup ecosystem is showing the world that it is no longer solely a conglomerated economy, where a few global luminaries dominate the scene. The country has 11 unicorns and counting, ranking fifth globally behind the U.S., China, the United Kingdom, and India. No other startup ecosystem has reached the ten-unicorn threshold as quickly as Korea–if you consider that it began earnestly in 2013.

That year, former President Geun-hye Park instituted the ‘creative economy’ policy as a surefire way to create jobs through government-driven startup development. The Korean chaebol (conglomerate) had started to run its course in terms of being the sole growth engine. In previous eras, the chaebol provided one of Asia’s highest standards of living. But outsourcing and automation have caused widespread early retirement and one of the OECD’s highest youth unemployment rates in recent years.

Elected in 2017, President Moon Jae-in’s administration set out to do much the same, aside from renaming the ‘creative economy’ to the ‘peace economy’ and exponentially raising funds from 1 to 4 billion U.S. dollars annually. Moon’s administration doubled down on its commitment toward growing and developing startups, where they would ultimately become an economic cornerstone.

The creative and peace economies’ crowning achievements are providing ample seed funding for early-stage startups. There is no Asian or global comparison with regards to the amount of government funding; through its grants and other schemes, the government invested seven won for every won that private lending institutions invested.

What’s more, the policies haven’t endowed only Korean startups with support. Foreign startups also enjoy vis-à-vis funding, subsidized co-working space use, and targeted acceleration programs for foreigners like the K-Startup Grand Challenge. The program accelerates 40 qualified foreign startups for 3.5 months, with the possibility of an additional 3.5 months based on the startup’s performance, which is mostly determined on the outcome of a demo day competition. All 40 startups receive US$10,840 funding, and the 20 highest ranked receive another $10,840. The top four of the 20 receive prize money ranging from $6,000 (fourth place) to $100,000 (first place).

Above all, Park and Moon’s administrations elevated public awareness around startups. Before 2013, most Koreans couldn’t conceptualize a startup because the country had a limited entrepreneurial tradition. Korea has since transformed from a staunchly conglomerated society into one that’s welcoming of innovation and startup culture.

Although the Korean startup ecosystem has developed exponentially, there are numerous hurdles the country must overcome to develop into a larger, sustainable global player. First and foremost, startups often compete against government-sponsored chaebols and their subsidiaries, which are perhaps some of the world’s most vertically integrated entities. The system differs from its American and Chinese counterparts, which actively incorporate startups. For instance, Apple and Xiaomi have acquired or are affiliated with over 100 domestic and foreign startups.

Samsung Electronics instead promotes, incubates, and finances promising domestic and foreign startups through its internal incubator, NEXT. Yet, the company rarely acquires and has a limited association with participants following graduation.

Despite the government’s proactive funding policies, private funding (i.e., venture capital, private equity, etc.) is a work-in-progress, although progress is being made. At last count, there are more than 300 financial institutions funding startups, where $5.5 billion was invested domestically in 2018, according to GEF Accelerator CEO Derik Kim.

Nonetheless, “the highest proportion of funding goes to selected top tier startups,” says Jonathan Moore, the CIO of PowerPT, a leading local consultancy firm that organizes accelerators and pitch events. According to a government source, ten percent of startups receive 80% of funding.

He goes on to add: “Foreign and domestic startups lacking connections or networks have difficulty getting private funding. […] In all my years working in the Korean startup ecosystem, I haven’t heard of many privately funded foreign startups.”

Thus, the government’s comprehensive funding initiatives essentially offset the private funding disparity between the ‘haves’ and ‘have-nots,’ which creates a win-win situation on the surface. However, government funding is unintentionally creating instances of moral hazard.

Given the country’s limited private capital accessibility, some foreign startups only remain in Korea provided there is easy government money. Consequently, ‘grantrepreneurship’ has manifested in the ecosystem, where startups depend more on grants and less on product-market fit and growing their customer base.

Moreover, aside from Korea’s 11 unicorns, few of its startups are global. Language barriers–fewer than 30% percent of founders are English speakers–and a lack of localization know-how are the primary obstacles for global expansion. Most who have gone global have had their burn rate exceed their runway before reaching product-market fit, and have failed. In much the same way that Korean startups failed abroad, their foreign counterparts have done the same in Korea.

While it’s difficult for non-Korean speakers to enter the innovation space, given issues around communication, he believes that “if you have a competitive advantage as a foreigner and skilled in areas like edtech, foodtech, and trade then it’s possible to create a niche market in those fields.”

A case in point is Shuttle Delivery, a bilingual food delivery platform that’s founded and led by expats. Less than a year after its founding in 2016, Shuttle Delivery was already in the black. The company exemplifies effective product-market fit and niche market creation. Prior to the company’s launch, much of Korea’s 2 million-strong expat community were prevented from ordering food due to language barriers.

Finally, by any means possible, Korean and foreign startups need more collaboration. There’s a stark dichotomy between them. They often use different co-working spaces and incubators, participate in different events, and seldom collaborate on projects. More reciprocal and collaborative relations could help one another with language and localization while mitigating problems associated with global and Korean expansion.

Professor Steve Cervantes is an Associate Professor in the Department of International Trade at Konkuk University in Seoul, Korea. Before joining Konkuk University in 2005, he held several media and think-tank positions throughout Asia. In the last few years, Professor Cervantes has been highly active in the Korean media scene, where he has written topics including education in the 4th Industrial Revolution, commercialization of Korean universities, and the creative economy, etc. 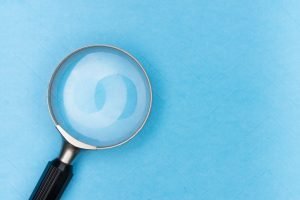 Wikipedia’s role in a fragmented and confusing information landscape In a year with a U.S. presidential election and a pandemic, what we needed was reliable and consistent information. What we got was quite the opposite. We live in an age where information lies inches from our fingertips. There [...] Serial entrepreneur Anie Akpe shares her journey, her motivations, and how she’s helping the Black community break barriers Despite the strides the labor industry is making in diversity and inclusion, women continue to be drastically under-represented in the tech field. The case is even [...]

Examining the layers of bias and history that perpetuate unequal pay structures By BOBO CHAN It’s still a man’s world in the tech industry. Even after the #MeToo movement and the blow-up of numerous Silicon Valley harassment scandals, this industry remains rife with challenges for women hoping [...]

Thanks to technology and social media, calling out misbehavior and misconduct has never been easier. It’s also never been harder. Edward Snowden. Chelsea Manning. Reality Winner. Three American names familiar the world over, for leaking classified information to sites like WikiLeaks and media [...]

By Sanjay Enishetty  Internet connectivity, homegrown success stories, and loosening regulations: India’s startup ecosystem is ushering in a new dawn. Gone are the days when being an Indian startup would mean being an app-based aggregator rip-off of an American original. While [...]