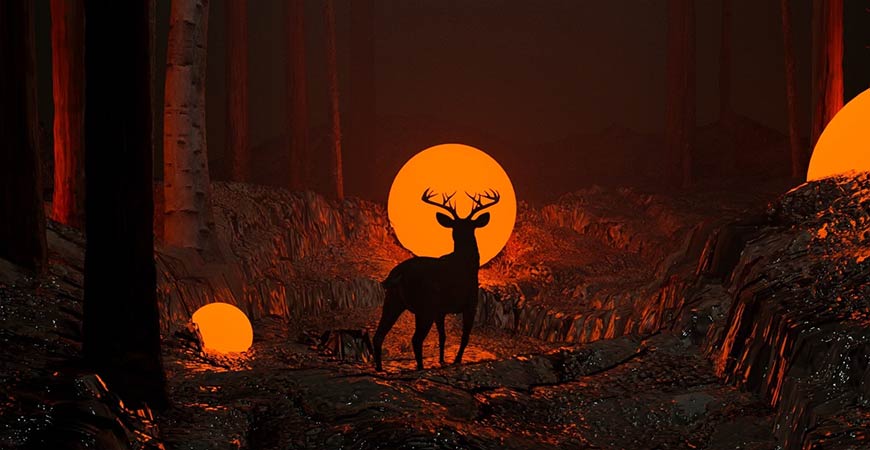 From identifying species to predicting poaching activities, here’s how AI is helping save wildlife.

What comes to your mind first when you think of wildlife conservation tools? A pair of binoculars for observing distanced large animals? Perhaps a magnifying glass for studying small creatures living on leaves? These are what zoologists and ecologists use when they carry out their studies; but as technology advances, researchers have begun deploying modern technology, namely artificial intelligence (AI), to optimize wildlife conservation.

Occasionally, we’ll learn about the extinction of a particular animal from news reports. Seeing an unfamiliar species go extinct may not be disturbing to some, but what if we told you that, right now, there are one million species facing extinction? According to a study carried out by the United Nations Educational, Scientific and Cultural Organization (UNESCO) back in 2019, one in four (or one million) species in both animal and plant groups was vulnerable to extinction due to human activities.

Losing a species as small as a type of fungus is enough to disrupt biodiversity—the variety of life on Earth that sustains life. People who live in cities may not be concerned by the crisis; but the truth is, all species are interconnected and interdependent. For instance, without bees helping in pollination, we won’t have fruits and vegetables. Therefore, maintaining biodiversity is everyone’s duty.

Sadly, we didn’t know where to start for a long time. The world’s largest natural conservation organization, the International Union for Conservation of Nature (IUCN), keeps a red list containing endangered animals’ names. Within 149,676 endangered species, the population trends of nearly half of them (72,909) are unknown. The lack of data has left us no clue on how to act or allocate resources to help preserve species at the brink of extinction. Wildbook, an open-source platform containing the living status of millions of species, is here to be the leading light.

Initiated by the Translational Data Analytics Institute (TDAI) at Ohio State University, Wildbook collects a public stream of photos and videos of animals and uses AI to analyze them. The team makes use of machine learning and computer vision to identify different animals’ biological traits, like zebra stripes and whale flukes. Since these traits are as unique as our fingerprints, identifying them can help computers calculate different species’ populations without being bewildered by their similarity. When more data sets are being processed, ultimately, we can have a better idea of the population of different species and act accordingly to preserve them.

Poaching has always been one of the largest stumbling blocks to animal conservation. Species that have economic value are vulnerable to this illicit activity. Their invaluable tusks and horns can fetch poachers a lot of money on the international market. Some of these animals include elephants and rhinoceros, which may go extinct in the next ten years due to extensive poaching. Thanks to AI, we can now protect these species from malicious hands round the clock with a human-free monitoring system.

Now, AI-backed drones and security cameras equipped with night vision are detecting poachers and any suspicious activities on the ground and alerting the rangers straight off. In addition to monitoring poaching in real-time, some also make good use of the technology to predict poaching activities effectively. Protection Assistant for Wildlife Security (PAWS), a collaborative effort that began at the University of Southern California, draws on AI to estimate the time when poachers lay snares or sneak into parks. Using its estimates, PAWS put together a ranger patrol schedule that suggests areas where poaching activities are likely to take place.

A similar project comes from Resolve, a non-profit environmental group, which partnered with mobile satellite communications provider Inmarsat to set up an anti-poaching AI system to play its part in animal conservation. Named TrailGuard AI, the system can detect humans with 97% accuracy. Given that poaching tends to happen in remote areas, the system can function in remote regions as well, thanks to the strong satellite connections supported by Immarsat. When poachers are spotted by the system, rangers will receive geographical data that help them track the activity and intervene before any animal’s life is put at risk.

Acoustic surveillance, or acoustic monitoring, is a common method adopted by ecologists and wildlife conservation groups to monitor and study particular species. By installing acoustic sensors, researchers can collect data that helps them identify the habitats different species live in and the size of their populations and their habits. What ecologists and researchers may not know is that the rich data they collect can support wildlife conservation. This again has something to do with poaching, the ultimate culprit threatening wildlife.

Apart from appreciating the sound of nature, a recording containing a bird’s tweets doesn’t mean much to most of us, but this is not how AI sees it. Unlike ordinary acoustic sensors, AI-enabled ones are trained with acoustic data gathered from forests, making them capable of identifying sounds that are not normally heard in a designated area, like gunshots and motor vehicles. When these sensors pick up such noises among animal sounds, they will report to related units for them to take instant actions to fend off poachers.

Apart from poachers, loggers are also to blame for wildlife destruction. Deforestation not only destroys the natural habitats of arboreal animals (those spending most of their lives on trees), such as sloths and parrots, but also leads to a short supply of food, like leaves and nuts, for other animals. The AI-enabled acoustic sensors mentioned above can also pick up chainsaw noises and report them to authorities. By doing so, we can protect both shelters and food sources for the wildlife.

The future of wildlife is still uncertain. Wildlife conservation is of utmost importance these days as experts point out that we’re now experiencing the sixth mass extinction. Over the past four decades, we have lost one million species per year. Is AI the ultimate weapon we have against mass extinction? Only time will reveal. But for the time being, AI has opened a new door for scientists to examine wildlife from a brand-new perspective.

Lochlan is currently an English major at City University of Hong Kong. Specifically, he is interested in studying linguistics, interpretation, and professional communication. Outside the classroom, he is a writer at Jumpstart, where he realizes innovation through exploring the technology world. When he is not writing, he enjoys reading alone, spending time with family, and taking pictures of the moon.