Vegan Products – The Good, The Bad, And The Ugly

Veganism is a lifestyle that could change the world, but should it be taken at face value?

If the world went vegan, it could save eight billion animals per year, save eight million human lives by 2050, and reduce greenhouse gas emissions by two-thirds (Vegan Society). There are numerous benefits from a vegan diet for both environment and health. However as we see an increasing number of brands slapping “vegan” on their labels, do we really know what they are trying to sell us?

What exactly is vegan leather? We know for sure it’s not from animals, but what you may not know is that the majority of vegan leather is made from PVC or poor-quality polyurethane, which releases toxic fumes, dioxins and BPA (Vogue Business).

PVC was dubbed by Greenpeace as the “single most environmentally damaging of all plastics,” taking up to 100 years to decompose. PVC is not a new innovation by any measure, since it’s existed for many years in the form of faux leather. In essence, the vegan leather hype is really just some opportunistic marketing. First, let’s distinguish between ‘vegan’ and ‘cruelty-free’. VEGAN means that a product does not contain any animal products or animal-derived ingredients. It describes the ingredients, rather than the production process. CRUELTY-FREE means no animal testing was involved in the making of the product, but it may contain non-vegan ingredients such as honey and beeswax.

However, both vegan and cruelty-free products may contain harmful ingredients like heavy metals (such as aluminium, lead, chromium), synthetic dyes, and nanoparticles. So what should we look out for?

Natural ingredients are the starting point. Choose products with a shorter ingredient list, making sure to check for any toxic ingredients that stand out. Something may be labelled “vegan”, but it still may not be something you want to put on your face.

Raw vegan desserts often replace refined sugar with natural substitutes like dates and maple syrup, which are undeniably better for you–relatively speaking–but they often give people an excuse to go overboard. Many natural ingredients contain sugar content over 60%, which if not used for energy, will end up being stored as fat.

Ultimately, the bottom line is that it is important to be educated and aware of the many facets of veganism when choosing this as a lifestyle. Without doing so, it’s possible to still cause harm to yourself and the environment. And when it comes to sweets–the key is to eat in moderation, whether they are vegan or not.

Natalie Chow is the co-founder and CEO of Lacess, a startup sneaker brand that uses innovative, sustainable materials that minimize impact to the environment. She has had over 10 years of experience working with global beauty and fashion brands before she started her own. She believes every small thing can have a ripple effect to create something extraordinary, and every small step makes a difference. Applying Startup Concepts to Your Lifestyle

By Chris Shei Entrepreneurship is the act of creating value, and as we often look to create value in our lives, it’s interesting to consider whether entrepreneurial principles can be relevant when applied to our personal lives. In my experience, surprisingly, I’ve found quite an overlap. Here [...] When the ‘New Normal’ is Far from Normal

Fend off the Zoom fatigue and keep your audience wanting more Nearly a year into the COVID-19 pandemic, online events, meetings, and conferences are pretty much part of our lives. Most of us have even had enough by this point, with Zoom fatigue setting in deeply.  Though we may all be a little [...] 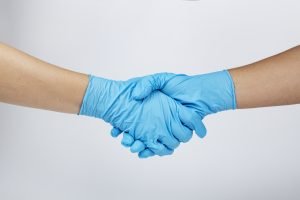 What it takes to make industry-grade technology accessible to ordinary consumers By ROY YU Continuous waves of COVID-19 infections have continued to ravage the globe. As of the time of writing, the number of confirmed COVID-19 cases has reached 52.7 million globally. Since the beginning of the [...]

‘AI beings’ are soon to add a new dimension to entertainment, wellbeing, learning, and social connections By JEANNE LIM Hello, what’s up?  I’m Zbee, pronounced “zee-bee.” I’m an AI being.  Who, or what are AI beings?  Some people call us virtual characters, or avatars, [...] 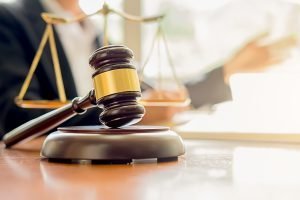 Injecting Creativity into the Legal Profession

Marketing and branding, and why they’re important to the legal industry. By Olivia Kung For most businesses across different sectors, especially those involved in the production of goods, marketing and creativity are considered a must. But these two functions can become challenging for businesses [...]