Smart AI Gardens: The Next Big Step in Hydroponics 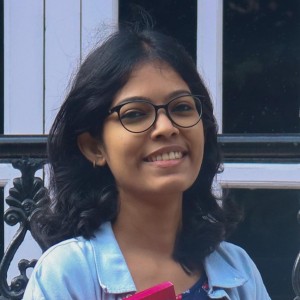 The hydroponics industry is picking up pace globally. Agro2o Founder Yash Vyas talks to Jumpstart about AI and IoT-integrated smart hydroponics and its prospects.

At India-based smart hydroponics startup Agro2o, a bunch of greens, including basil and lettuce, are flourishing in a device sitting in Founder Yash Vyas’s Delhi office. The touch screen on the device shows that the plants are 43 days old (at the time of writing) and in the growth stage. It also shows the room’s temperature, WiFi connectivity, number of days to harvest, which plants are being grown, and the levels of water, light, and nutrients, among others.

“It is automated, but the user has control over it as well,” Vyas tells Jumpstart, switching on the system’s lighting over a Zoom call. Even as the temperature in Delhi is soaring, the plants are healthy and growing steadily.

This device is Agro2o’s flagship product. Called the Renaissance Smart Garden, this hydroponics device is equipped with AI and Internet of Things (IoT) technology.

In the past few years, the hydroponics industry has been witnessing a steady upward trajectory. For the uninitiated, hydroponics is the practice of growing plants without soil. It uses a nutrient-rich solution instead.

Hydroponic farms can reduce the carbon footprint of food, and produce high-yielding, chemical-free produce in a smaller space than required by traditional farming. Non-commercial hydroponic farms require even lesser space, and can be set up on rooftops, balconies, or indoors.

One study estimates that the global hydroponics market is set to hit US$17.9 billion by 2026, growing at an annual rate of 11.3%. While the industry is relatively new in India, it is slowly picking up. A recent report by DataM Intelligence predicts the Indian hydroponics market to grow at a rate of 13.53% between 2020 and 2027.

Agro2o integrates hydroponics with technology. “Agro2o is a smart garden. I would say it’s a futuristic or a progressive way of how we grow plants,” Vyas says. “Its primary aim is to allow anybody to grow their own fresh herbs and veggies without any harmful chemicals.”

One of the major benefits of using a smart garden, Vyas says, is convenience. “It’s a fully automated and intelligent device. It’s IoT enabled with its own algorithms which creates ideal growing conditions,” he says.

The device can grow 50 different types of plants including herbs, vegetables, salad greens, and ornamentals. It can also grow 12 plants simultaneously.

Vyas’s work with hydroponics started when his mother expressed interest in setting up a kitchen garden in India, Vyas imported some hydroponic kits from China and set them up for her. He had already been researching the industry, after coming across it during his time as a retail professional in Dubai.

“I was quite fascinated by its scope,” Vyas recalls, “because, it’s a clean [farming method], which can bring in a lot of efficiency in terms of how we utilize our resources.” For instance, Vyas says, hydroponics uses 90% less water. He also sees hydroponics as a solution to inefficient water and land usage, space constraints, soil-borne diseases, and the abuse of chemicals and pesticides.

A month after receiving the kits, however, his mother shelved them due to the hassles of maintaining pH levels, regular monitoring and maintenance. Understanding the inconvenience, Vyas began mulling over the idea of smart hydroponics.

“That’s where I thought that there is a genuine need to create some product, which can be so convenient that anybody can grow herbs and veggies,” Vyas recalls.

Market research by Vyas’s team identified that there was a significant gap between those who wished to grow their plants at home and those who actually did it. While 90% of people expressed their desire to grow their own herbs and vegetables inside their home, only less than 50% were actually doing it.

Thus, in 2017, Vyas began conceptualizing Agro2o. He incorporated the company in March 2018, after he moved back to India.

Currently, the Agro2o Renaissance Smart Garden is available for pre-order. It will be commercially available in May, he adds. To date, they have received around 300 pre-orders, he further says.

Renaissance retails at INR 19,999 (about US$270), and includes 12 seedpods and nutrient cartridges. One device can facilitate up to nine plant cycles per year, depending on the type of plant, he adds.

How AI and IoT facilitates smart hydroponics at Agro2o

For a plant to grow efficiently, it needs water, nutrients, light, temperature, and humidity. These requirements can change per the different growth stages of the plants, Vyas explains. A smart garden uses an intelligent algorithm to create ideal conditions for plants to grow.

Furthermore, in hydroponics, the nutrients that plants require can be provided in a precise and controlled manner, resulting in faster growth. The produce is also more nutritious and healthy, Vyas adds.

Agro2o’s smart garden comes with a slew of features. It’s intelligent nutrient dosing capabilities and automated watering systems, for instance, automatically give the plants their required amount of nutrients and water.

Additionally, the device has spectrum-adapted LED lights, which simulate the solar spectrum required for photosynthesis. As a result, plants that usually thrive outdoors can be grown indoors as well.

The device thus enables those living in urban areas, or who do not have well-lit open spaces, to grow plants indoors.

“It’s like a plug-and-play device where you just need to insert the seed pods of the plant you are growing,” Vyas says. Once the seed pods are inserted, place the nutrient cartridges into the device, add water, and the plants are ready to grow. Vyas claims that the plants grown in his device grow five times faster compared to soil-based growing.

The app-enabled device can be connected to both Android and iOS devices. Smartphone connectivity makes for an attractive add-on. It includes features such as alerts for when water needs to be topped up, or a vacation mode that will take care of the plants when the user is traveling (users can remotely monitor their plants).

Agro2o’s target consumers are primarily those living in urban cities, with an interest in gardening. The smart garden solves three key problems for them – lack of space, time, and resources.

It comes at a price, however. The major challenge with using AI in hydroponics is the cost. The tech comes with huge capital expenditure and high installation costs.

“The more research and more inputs we get, the more streamlined and more efficient our process would be,” Vyas says.

He adds, “For the adoption of any new technology, the upfront costs would be high, and that will deter wider adoption. But I think this is a kind of a momentum-building exercise – as and when the adoption increases, the cost decreases. So I think the cost is a factor right now, but going forward, it can be further reduced with more and more adoption.”

Meanwhile, amid the pandemic, there has been a growing interest in hydroponics across the country, he also says.

In what would have otherwise taken a few years, the pandemic has accelerated awareness and consciousness towards one’s health and well-being, Vyas says. This increased consumer interest was also reflected in the consumer inquiries Agro2o received. Amid the pandemic, there was a 500-600% increase in customer inquiries.

Another reason for the growing demand, Vyas says, is that people are spending more time indoors. “They want to have some productive and positive activity within their home. So they are looking for avenues for gardening because it’s a great stress-buster as well. And it’s something which brings in the positivity also which we need right now.”

And this increasing interest in the industry does not pertain to customer interest alone. There is growing investor interest as well, Vyas adds. Amid the pandemic last year, the startup closed its seed round for an undisclosed amount.

Challenges to adoption and the way forward

Compared to about five years ago, when hardly anyone knew about hydroponics, things are picking up for the industry today. However, there is still a long way to go in terms of awareness, Vyas says. He notes that the lack of widespread awareness is one of the main hindrances to the adoption of hydroponics.

This also plays into the costs of smart hydroponics. As adoption increases, scaling can help companies bring down manufacturing costs, and make the process more efficient.

Even as Agro2o navigates these challenges, further product variants are in the pipeline for the startup. They’re also betting heavily on R&D, and have an eye on cost efficiency for the long term.

Additional investment plans will soon follow, Vyas says. While the startup is in talks with investor partners, their priority at the moment is to go to market, and drive adoption – in line with their larger vision.

“Our vision for the long term is to make growing plants or hydroponics accessible and affordable, be it for home consumption or for larger commercial applications,” he says. And in this way, he aims to further reduce the distance between “where you grow and where you consume.”

Crypto’s bull run early this year has resulted in increased cryptojacking incidents. Here’s a lowdown on what the term means, and how you can protect

One App To Rule Them All: Rise of the Superapps

In recent years, superapps have provided the digital turf for the latest retail battles. What makes a super app so… super? Apps have offered us

How NBA Top Shot is Taking Over The World

Dapper Lab’s NBA Top Shot is sports’ most recent phenomenon. Is it actually successful or a flash in the pan? Sports trading cards have always

Are Crypto-Related Suicides a Real Problem?

Trigger warning: The following content contains references to suicide A number of suicides have been reported recently owing to cryptocurrency losses, pointing towards the long-standing

Innovation in Crisis: How Has COVID-19 Impacted Digital Transformation in Business