The spotlight is on plant-based meat

Plant-based meat and cheese startup Impossible Foods has raised close to US$500 million in a Series F round which closed late last week, the company disclosed in a statement on March 17. The round was led by new investor Mirae Asset Global Investments, and included existing investors Khosla Ventures, Horizons Ventures, and Temasek, it added.

A part of the funds will be focused towards expanding research, retail and manufacturing. It will also help Impossible Foods “continue to thrive in a volatile macroeconomic environment, including the current COVID-19 pandemic,” Impossible Foods Chief Financial Officer David Lee said in the statement. Inclusive of the latest funding, the company has raised $1.3 billion in since its founding in 2011.

“Our mission is to replace the world’s most destructive technology–the use of animals in food production–by 2035,” Impossible Foods Founder and CEO Dr. Patrick O. Brown said in the statement.

The company is keen on making plant-based meat the primary meat alternative. The funding comes on the heels of a slew of developments which include:

While it did not disclose any specifics on how the COVID-19 outbreak has affected business, the startup said that it has taken all necessary measures to ensure the safety of employees and customers during the pandemic. This includes the establishment of a task force that monitors the global and local situation, and keeps the company’s policies and practices in line with safety requirements.

Plant-based meat is touted as an alternative to the environmentally-devastating animal meat industry, where reports of animal cruelty routinely emerge. With environmentally conscious eaters growing in number, the industry is expected to grow to nearly $320 million in market valuation by 2025, according to a report by Global Market Insights Inc.

The opportunities are big, and Impossible Foods is keen to tap in. The startup’s investors “recognize an extraordinary opportunity to invest in the platform that will transform the global food system,” added Brown in the statement. With a promise of sustainable and cruelty-free food, it may soon be possible to have your fake meat, and eat it too.

Blue Tribe Foods Co-founder Nikki Arora Singh talks to Jumpstart about the startup’s plant-based meat products, the market in India, and why these products are important for sustainability. Every second, one to two acres of rainforests are cleared for animal rearing and agriculture. Along with [...] 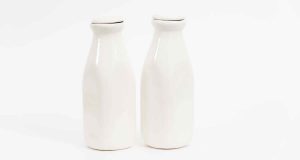 Healthy Bites: Making the Most Out of Your Mylk

By Michelle Lau There are now many types of milk alternatives freely available. As a consumer, which one is right for you? Whether you’re vegan, vegetarian, or environmentally-conscious consumer, it’s impossible to avoid the different plant-based milks (or “mylks”) popping [...]

Pros, Cons, and Trends in the Cloud Kitchen Market

Considering opening a cloud kitchen? We look into the trends driving cloud kitchens’ expansion in the F&B industry. By Ka Wing Li With the ongoing COVID-19 pandemic, we are spending more time at home and using online food delivery services more often. But when we choose and order our meals, [...]

CropIn is Using AI and ML to make Farming Efficient

CropIn Co-founder and COO Kunal Prasad talks to Jumpstart about how the startup solves three key agricultural issues. The agricultural sector in India accounts for nearly 42% of total employment. Yet, it only makes up about 15% of the country’s gross domestic product (GDP). Indian farmers are [...] 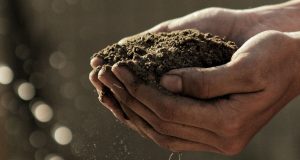 Centered in the overlap of farming, sustainability, and business, Komaza is a Kenyan startup seizing opportunities for positive change amid the country’s forestry crisis. Agriculture has long been central to developing economies, but it also poses some of the most significant challenges. [...]