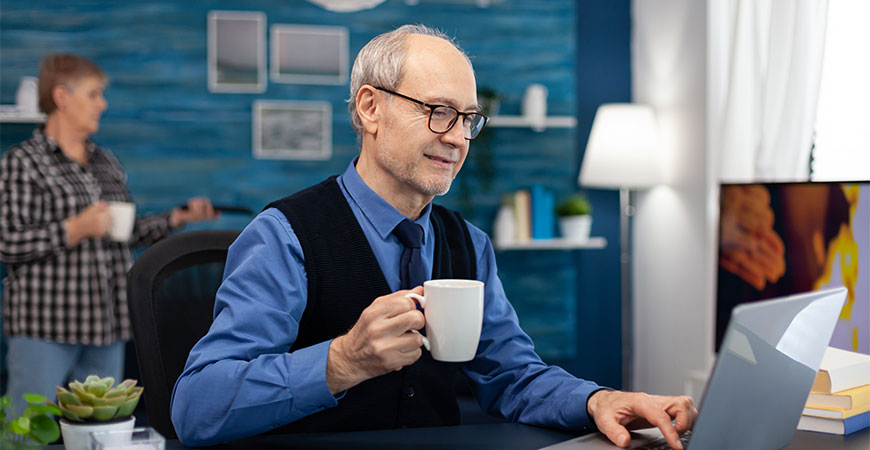 There is a common misconception that deteriorating brain function, such as cognitive decline, Alzheimer’s and dementia, is a natural and inevitable part of aging. While genetics do play a role, the majority of people living with dementia, in fact, do not have a strong and known genetic link. For example, less than 5% of people living with dementia inherited it from a family member.

Analyzing data from the U.S. Health and Retirement Study, researchers from The Max Planck Institute for Demographic Research found that people who work until they are 67 years old exhibit a slower rate of cognitive decline.

Another study, published in the Social Science & Medicine: Population HealthJournal, also found that delaying retirement may be the key to a sharper brain. Now, we all have a solid reason to work a few more years before “peacing out” from our workplace for good.

Increasing retirement age in the U.S.

In 1983, the U.S. Congress mandated a law to gradually raise the retirement age, citing improvements in health among older people and increasing life expectancies. Due to this law, the age eligible for social security retirement benefits will be increased to 67 by 2023 and 70 by 2040.

However, it is not working itself that decreases cognitive decline. Rather, it is the act of exercising the brain consistently and frequently, notable in your later years, that builds your “brain health”.

Hence, doing simple activities in your later years, such as card games, reading, word games, chess or learning a new language that stimulate the brain, may also do the job to keep your brain healthy. Dean Sherzai, M.D., and Ayesha Sherzai, M.D., neurologists and directors of the Alzheimer’s Prevention Program at Loma Linda University stated that optimizing executive function and challenging your mind becomes increasingly crucial in your 40s and beyond. “It becomes exponentially more important to challenge the brain around your purpose as you get older,” says Dean.

So, while retiring later can help slow cognitive decline, senior citizens can also participate in activities that challenge the brain to achieve similar results. Instead of seeing work or brain exercises as obstacles or in a negative light, people can motivate themselves to perform these tasks for the sake of a healthier brain and a brighter, longer, more electrifying and brainy future.