Instagram is more than just a fun way to share photos and videos with your friends—it’s also a powerful marketing tool that can be tailored to suit the needs of your business. With around 1.2 billion monthly active users worldwide, Instagram is the fourth most popular photo and video-sharing social networking service and the perfect place to advertise services or products.

Spent hours scrolling Instagram lately? Well, so have many others. Over 1.2 billion people worldwide use the Meta-owned social media photo and video-sharing platform. What’s more? It’s a money-making haven for businesses. In 2021, Instagram brought in over US$25 billion in advertising revenue in the United States. Evidently, if your business wants to grow, it needs to be on Instagram today. To ensure that you make the most of it, we have rounded up some new and popular features for you to try.

If a food delivery order fails, you can ask a chatbot to issue a refund. If you want to reserve a table for a date night, a chatbot can help you with that. If a potential partner turns you down, a chatbot can provide emotional support. From your banking needs to healthcare, customer service and more, chatbots are everywhere. Using natural language processing and sentiment analysis, chatbots—artificial intelligence (AI)-enabled software—interact with humans or other chatbots.

Here’s What Google Is Doing to Become Gen Z Friendly

Google is the number one search engine in the world. As of September this year, Google has been visited 89.3 billion times and handles over 92.42% of search queries across the web. But just because it is number one right now does not mean it doesn’t have any competition.

With about 2.912 billion monthly active users globally, Facebook has grown to become one of the world’s largest and most popular social networking sites. Nonetheless, the social media giant has come under fire repeatedly for mishandling user data, and as a result, many people are rethinking their relationship with the platform.

As of this year, the Kardashian-Jenner clan has a collective net worth of US$2.5 billion, with Kim Kardashian being the richest of them all with US$1.4 billion to her name. A good part of the Kardashian-Jenner fortune comes from their businesses, like SKIMS, Kylie Cosmetics, SKKN by Kim and Good American, to name a few. 8 Tips to Help a Company Rebuild Its Reputation

One of the most difficult tasks for a company is rebuilding its reputation after it has been smeared. While it may feel like the end of the world, all hope is not lost. In fact, there are many things a company can do to improve its reputation, but be warned: building a positive reputation is rarely possible overnight. So, give it time and do your best. 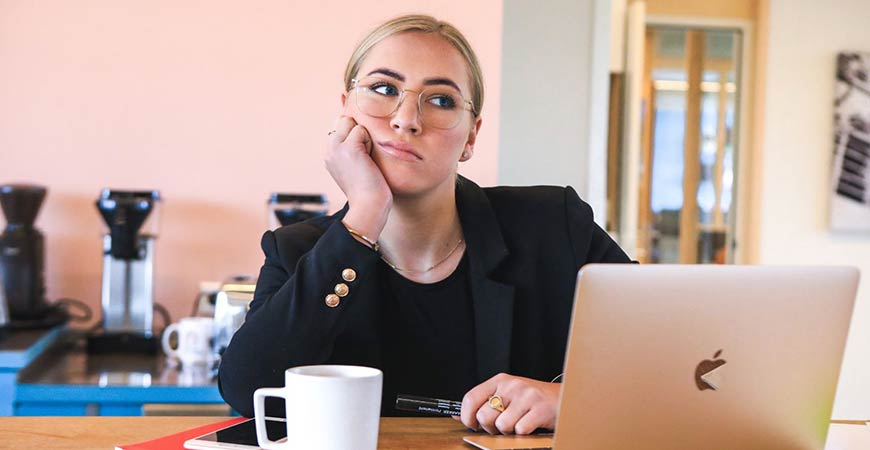 How to Market an Unpopular and Boring Product

Remember the infamous sales interview task—“sell this pen to me”? Honestly, there’s only so much you can do with that. Pens are boring, everyday products that don’t really need marketing, but lo and behold, the tact you use tells the interviewer how good your sales abilities are. If you can convince someone to buy a pen, you can convince them to do anything.

Content writing is one of the most in-demand jobs right now. However, even the best writers can struggle with creating high-quality content regularly. But with a bit of help from artificial intelligence (AI), you can quickly write engaging and informative content. While some tools generate content that is ready to go, others require a bit of work to meet your desired standards. All things considered, with AI content generator tools, the adage “teamwork makes it dream work” rings true. Together, you and the AI can produce quality content in no time.

On October 21, the designer clothing brand Balenciaga announced that it would no longer be working with Kanye West. Soon after, other companies, such as Adidas, Gap, the shoe-retailer Foot Locker, talent agency CAA and record label Def Jam, also cut ties with the artist. All of these brands decided to let go of West in such quick succession because of the antisemitic comments he made on social media in early October. Black Friday is just around the corner, with Amazon, Walmart, Target and Best Buy already rolling out big sales ahead. If you’re wondering where to find the best Black Friday deals, good news—we’ve done the job for you! The Jumpstart Team has compiled a list of the best Black Friday gadgets offers available right now to help you save a good amount of money. Whether you’re looking for a new TV, smartphone, laptop or gaming console, be sure to check out our list of Black Friday deals. You won’t be disappointed!

We live in a time when customers are always willing to pay for something that provides a great experience. We’re not the only ones saying this: Numbers are backing this claim as well. American Express found that 86% of customers are willing to pay more for a better customer experience (CX). Another report stated that a business that earns over US$1 billion each year could expect to earn an additional US$700 million on average within three years of investing in customer experience. What a big number!

Here’s What Google Is Doing to Become Gen Z Friendly

8 Tips to Help a Company Rebuild Its Reputation

How to Market an Unpopular and Boring Product