Are Robots the Future of the Police Force? 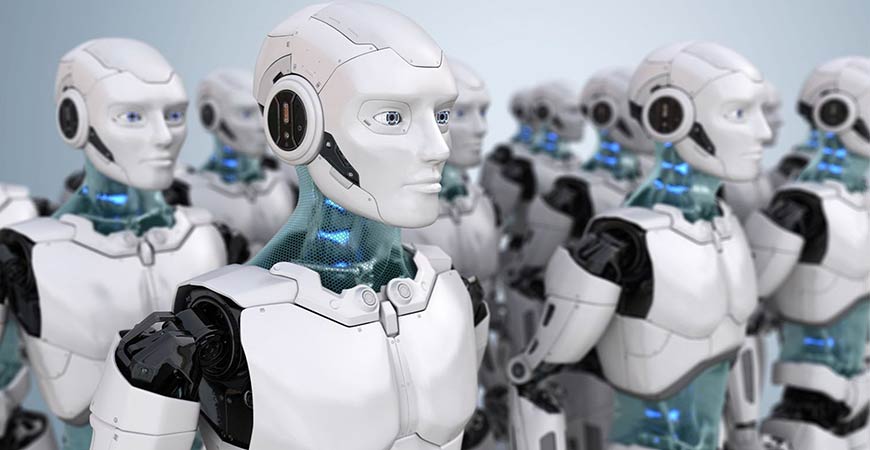 Robocops are joining global police departments, here’s what that means for people like you and me.

In November 2022, San Francisco city officials voted for the use of robots in the police force. These robots were meant to help police officers incapacitate violent criminals and were also authorized to use deadly force to stop crime. But just under a month after being approved, the city was forced to take back its decision due to massive public outcry.

Although the use of lethal force has been taken away, robots continue to be used in the San Francisco police department. The same is also happening in other parts of the world. For instance, China has planned to deploy artificial intelligence (AI)-powered robots in most of its cities by 2025. Similarly, South Korea intends to give its police force Iron Man-esque suits and robot dogs to patrol the streets over the next 30 years. Given that, here is an overview of the benefits of using robots in law enforcement and the ethicality of doing so.

Why are governments adding robots to the police force?

One of the biggest plus points of using robots in law enforcement is that it removes an element of danger from police duties. Let’s say a terrorist is claiming that they would bomb an area. Instead of sending a real officer there and putting their life at risk, the police force could send a robot and conduct negotiations through it. This isn’t just a hypothetical situation; something like this took place back in 2019. Police officers in Novato, California, had to deal with a criminal who was threatening to burn down a gas station. When the criminal asked the police negotiators for a cigarette, they sent a robot cop with a vape pen and a phone to negotiate further.

Besides protecting the police, robot cops can also be beneficial in protecting the interests of the people being apprehended. For instance, if you send a robot to a hostage situation, instead of a real person, it can de-escalate the situation without firing at the criminal, like by releasing a sleep-inducing gas. Robots also come equipped with sensors and thermal imaging software which make them very skilled at surveillance and gathering information for police authorities.

The ethics of using robots in the police force

Just because robots are so skilled at police work, does it mean that we should replace real humans with robocops? Not quite. Just as there are benefits to having robots in law enforcement, it also has disadvantages. One disadvantage is the use of predictive policing. Predictive policing is a method of using preexisting police records to decide where police need to be deployed and who is most likely to have committed a crime. While this process is convenient, it is prone to biases. Let’s say the police officers were biased against the people living in a specific geographic area, then the robot trained on that data would also make arrests in that area. This bias is escalated by the fact that facial recognition software isn’t good at identifying dark-skinned people. This means that they would be more likely to get misidentified as criminals.

Some experts also believe that robots can sometimes be too forceful. They feel that in situations such as protests, where there are too many people to manage, robots might fire rubber bullets or spray tear gas on those who aren’t even involved in the protest.

If all of this tells us anything, it’s that robots can’t alone be responsible for law enforcement. Police work requires a lot of human judgment, which robots are naturally not capable of. So, it would be near impossible for robots to entirely replace human police officers.

Even if there isn’t a complete replacement, there is still ample concern about the very fact that robots are being used in law enforcement in the first place. Some people have expressed concern that the sheer presence of a robot capable of lethal force would make police departments use it in situations where human police officers are enough. As Sabrina Karim, an assistant professor of government at Cornell University, says, “If you receive a present at Christmastime, a new toy, you want to be able to use it. Well, this is kind of the same thing for a number of law-enforcement agencies.” This makes it important for there to be some level of checks in place on how these robots would be used. As long as there are regulatory mechanisms in place, one can hope that robots would make the job of police officers simpler and safer.