A Degree and a Dream: Student Entrepreneurship in Practice

The average college student is assumed to be spending endless days lazing around in sweatpants, making do with instant meals, and breezing through classes like the cast of ‘Community.’ Yet, when a student sets their mind to doing something game-changing, this stereotype is immediately turned on its head.

The founder of two startups, a Guinness World Record Holder and a TEDx speaker, Sidhant Gupta has achieved in his 23 years more than what many people have in their entire careers. A fresh graduate from The University of Hong Kong (HKU), he is now running two businesses in parallel, both of which he founded over the course of his undergraduate degree.

The first, ‘Clearbot,’ stemmed from an experiential learning trip to Bali organized by the university. The participants were asked to brainstorm solutions for the various problems experienced by locals in the city, as well as the ways in which they could apply their technological knowledge to alleviate these problems.

Over days of research and interaction with locals, the team learned that the Indonesian government was theoretically engaged in pushing sustainable acts like regular ocean cleanings – naturally, with Indonesia being the second-biggest contributor to ocean plastic globally – but in practice, suffered from several setbacks.

In 2018, the government pledged to cut down on marine waste by 70% by 2025. However, a dearth of resources prevented authorities from officially doing so, and made it a highly difficult task for the locals, who used a paddleboat to go out to sea and collect garbage from the water. To ease their struggle, Gupta and his team decided to build a robot that could clean the ocean, and had built a prototype of the machine by the end of the trip.

Upon returning to Hong Kong, they were given a grant by the university to continue working on the project, and a number of prototypes later, the Clearbot was born. The company is currently running a pilot in Surabaya, an Indonesian city on the Eastern side of Java.

The second company, Open Ocean Camera, arose from Gupta’s recognition of the immense logistical and financial difficulties faced by marine research companies. Companies and individuals usually use GoPro cameras in their research, which last underwater for about three days. According to Gupta, this forces them to spend huge amounts of money to go out to sea and retrieve the cameras twice a week – a significant expense for tight research budgets. In addition to this, the researchers have to manually identify the marine animals captured by the camera.

With Open Ocean Camera, Gupta and his team have built a camera that lasts underwater for about a month, and classifies marine animals without a researcher having to manually sift through hours and hours of footage. This reduces the financial burden on these companies, while also greatly easing the work of their employees.

But Gupta’s path wasn’t strewn with roses. Often, people he hoped to work with held his age against him, which discouraged him at times.

“[Investors] would look at a college entrepreneur and be like, ‘You have no idea what you’re doing,’” he says. “I think that that’s quite demoralizing, especially because it’s early in your journey, and it is very scary, because you’re kind of alone.”

Eventually, the team found an investor who appreciated the youthful energy of the team, and recognized the edge that their early inception into the entrepreneurial world gave them, allowing them to take one more step towards their goal.

Gupta firmly believes that university is the best time for aspiring entrepreneurs to dream big and pursue those dreams with passion.

“The beauty is that in college you have nothing to lose, so it really is the best time to give it a shot,” he says. “If you screw up, you still got a job, and if it works out, it works out. So it’s just a win-win.”

Gupta’s entrepreneurial endeavors did help him gain more clarity on the path that his life would take. During his internships, he was always more focused on his own “side-projects,” and preferred working on these over projects that he was assigned.

“I realized that I am not the best version of myself when working on someone else’s dream, and that I have a much greater output and personal satisfaction when I’m working on my own stuff,” he says. “I’m a bad employee and a moderate employer.”

In addition to the virus, Gupta’s startups have also been affected by the ongoing U.S.-China trade war. Following the removal of Hong Kong’s special trade status by the U.S. on 15 July this year, his product has become more expensive overseas due to the imposition of tariffs on goods imported from Hong Kong. This takes away from its competitiveness, and as the team experienced in the case of a shipment to Stanford University, can even result in monetary losses.

In addition to the disadvantage to the Hong Kong startup ecosystem caused by the U.S.-China rift, Gupta has had his fair share of sleepless nights following the outbreak of COVID-19.

In one instance, Open Ocean Camera and Clearbot had to suspend assembly of their products, as the team couldn’t work out of the office. In another setback, this time caused by travel restrictions, Gupta’s team was unable to fly to Indonesia to conduct sales projects, despite having confirmed orders from the Indonesian government.

Gupta, however, acknowledges the silver lining to the situation.

“At such an early stage, we’ve had such a fundamental breakdown of our operations, [but] the virus has built resiliency into our team; it is ready for a crisis,” he says.

Overall, Gupta is highly optimistic about the future of the company, and aspires to achieve larger volumes of sales for both products by next year. He also hopes to innovate further and make his products the “perfect solution” for the problems they tackle.

“The 5-year goals for the companies are very ambitious, so I hope we can make sure to deliver on them,” he says. 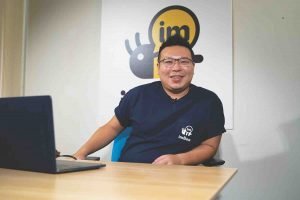 Customer engagement is being revolutionized with imBee’s SaaS platform Resource allocation at startups is almost always a sticking point. It is not uncommon to see companies struggling to balance regular business activities with dedicated and thorough customer engagement, leaving the team [...] 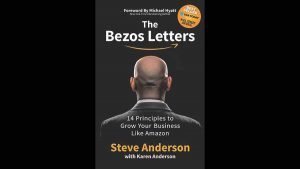 By Alvin Mak Professional speaker and consultant, Steve Anderson, has possibly provided the best look at the inner workings and philosophies of Amazon from the outside. Anderson analyzed each of Bezos’ annual letters to shareowners and extracted 14 principles of growth exercised at Amazon. Split [...]

How Rainforest Connection is a ‘Guardian’ of the world’s rainforests In the throes of the Covid-19 pandemic, as lockdown measures forced people across the world to retreat to their homes en masse, there were whispers of the drop in human activity turning to ecological advantage. However, [...]

Vincent de Saint-Exupéry, CEO of iNCUBEE|LCCS, in conversation with Jumpstart Hong Kong ranks in the top 25 global startup ecosystems in the world, with 3,184 startups engaging more than 12,400 employees, according to the 2019 Startup Survey conducted by InvestHK. However, the process of [...]

Good lifestyle brands need creativity, but great brands need business acumen With our lifestyles becoming increasingly interconnected with the digital world and focused on sustainability and the circular economy, brands in this highly-competitive industry face a greater need to reflect contemporary [...]