The Evolution of Crowdfunding

Where the only constant is change

By Théo Münch | The crowdfunding landscape is incredibly dynamic. It’s an industry unlike any other, born out of need and built up by creativity. During my time working as a crowdfunding consultant, I’ve seen campaigns for everything from a potato salad to an Emmy-nominated documentary. While the space can be diverse and quirky, it is an extremely effective tool when used correctly.

Today, rewards-based crowdfunding (obtaining funds for a project in exchange for a product, service, or experience) has grown to be a massive industry, with an estimated US$17.2 billion raised in 2017 (Statista). That’s quite the leap since its mainstream debut in 2003, and we’re still seeing significant shifts each year.

The emergence of crowdfunding can be traced back to the early 2000s with the founding of ArtistShare, the first crowdfunding website on record, which allowed fans to make contributions to support an artist’s musical endeavors. ArtistShare gave the public unprecedented access to creators and allowed independent musicians to finance their work without a record label. It opened up the music industry to more people than ever before.

Gradually, others began to catch on. If it worked for the music industry, where else could this model be used? Thanks in large part to the Internet and social media, it was possible to harness the power of an audience to create something, often with little to no money upfront. For many creatives, crowdfunding was a beacon of hope to make their dream projects come to life.

The crowdfunding model continued to expand and the later 2000s gave birth to two of its most popular platforms: Indiegogo and Kickstarter. These rewards-based sites became synonymous with crowdfunding, and creators of all backgrounds and disciplines began putting their ideas online to secure the capital needed to make them a reality. Ideas spread like wildfire.

To date, Indiegogo and Kickstarter combined have brought to life almost one million campaigns that have reached their funding goals. Despite the platforms’ widespread adoption, less than 40% of campaigns actually hit their funding goal (Kickstarter). In turn, creators have had to become, well, creative and use beautiful branding and smart marketing to share their projects. To stand out, creators have to tell a compelling story.

It’s true that crowdfunding has been an extremely useful tool for creators working in the arts, giving them access to funds in an industry that is often underfunded. On the other end of the spectrum, the tech community realized that they, too, could use the popularized practice for their projects.

Log onto Kickstarter or Indiegogo right now and you’ll find hundreds, if not thousands, of tech product campaigns live on the platform. Traditionally a tedious process requiring a team, investors, developers, and market tests, launching a product through crowdfunding is simpler and poses relatively lower risk.

Crowdfunding has come to epitomize just how connectivity is transforming the way we do business.

Today, Kickstarter’s top crowdfunding categories are games, design, and tech, in that order. On Indiegogo, tech and innovation has the widest variety of project categories. The prevalence of tech-related campaigns is due to the unique benefits such platforms present. Not only can you fund your project, you can also gauge demand, acquire preorders, and make improvements all before beginning a production run. It’s a smart, time-saving, and inexpensive way to launch. Plus, it works, as seen from brands like Brooklinen, Pebble smartwatch, Fidget Cube, and more.

Once you’ve successfully launched, manufactured, and shipped a product, you’ll likely want to expand. The next logical step is to get funding to further scale your company, which is where equity crowdfunding comes in.

Equity crowdfunding and beyond

Equity crowdfunding is on the rise thanks to platforms like AngelList, StartEngine, and SeedInvest. These platforms are, for the first time, giving startups opportunities beyond taking part in traditional investment rounds to reach their large funding goals. They’re also making headlines in the process, as seen with Revolut, a fintech company that recently closed a $250 million Series C at a $1.7 billion valuation, giving its initial crowdfunding investors a 1,900% return.

Equity crowdfunding is adapted from a rewards-based model, where contributors essentially invest money in exchange for partial ownership of a company rather than a product or service. Simply put, it’s the sale of securities in a private company.

The model further solidified its place in the investment world after the Jumpstart Our Business Startups Act was passed in 2011, which “created an exemption under the federal securities laws so that crowdfunding can be used to offer and sell securities to the general public” (U.S. Securities and Exchange Commission). The act not only legitimized equity crowdfunding in a major way, it also sped up the pace of innovation.

Crowdfunding has always been less about instant gratification, and more about the long haul, which is perhaps why it deviates from the norm in American culture. In both rewards and equity campaigns, backers have to wait to see their return on investment, and companies have to continually refine their product. It’s given us time to think, reflect, and pivot toward opportunities that help us create new things most effectively. In a way, crowdfunding has come to epitomize just how connectivity is transforming the way we do business.

It’s difficult to predict the future of crowdfunding, especially since the practice and tools available have evolved year-to-year since its inception. What we do know for sure is that it’s going to keep changing and offering new ways to make the world a better place—or at the very least, give us more potato salad. 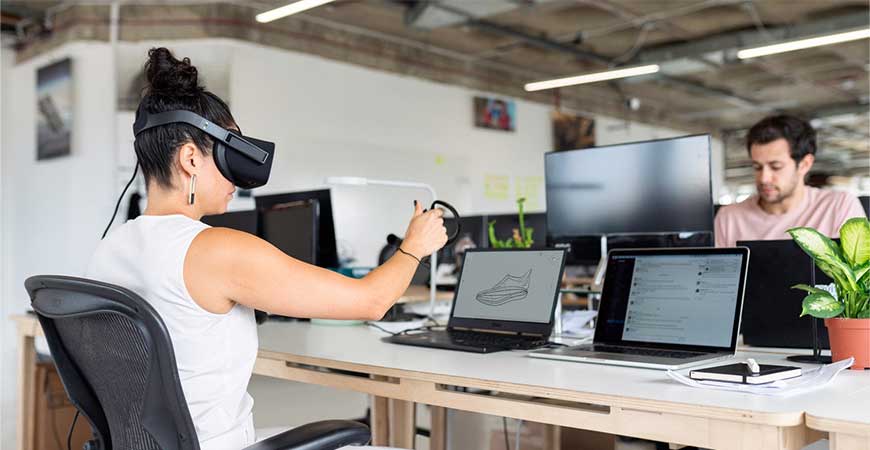