How Covid-19 has influenced government mandates and corporate agendas

The Techsauce Virtual Summit 2020: Shaping the New Future, the virtual iteration of the annual Bangkok-based Techsauce Summit, took place on June 19-20, and brought together a host of speakers who discussed the factors that are likely to shape the new normal for Southeast Asia.

Techsauce Co-founder and CEO Oranuch Lerdsuwankij noted in her opening address that according to a Techsauce survey, most startups and small and medium enterprises (SMEs) have less than six months of cash runway to survive on.

“The people who are surviving are not too optimistic, but those who see the world and understand it as it really is,” Lerdsuwankij said.

The Summit was spread across four key themes – people and culture, economy and society, strategy and business, and technology – with a consortium of over 30 public and private figures delivering talks and panel discussions within this framework.

Some of the key speakers at the event included Taiwan’s Digital Minister Audrey Tang, Technode Founder and CEO Dr Gang Lu, Founder and CEO of Landprocess Kotchakorn Voraakhom, and Her Majesty’s Trade Commissioner for Asia Pacific from the U.K. Government Natalie Black.

“Whether you are from a big corporate, an SME, or an individual, we hope that knowledge from our platform can be implemented in your strategy to handle the crisis. This is the reason behind Techsauce Virtual Summit 2020,” Lerdsuwankij said.

From trade and public policy, to sustainability and healthcare, here are some key takeaways from Techsauce Virtual Summit 2020.

“If we did not fully appreciate it before, the crisis has reminded us how important it is to keep trade flowing and supply chains open,” Trade Commissioner Black said in her talk on global trade and the role of technology.

She highlighted that the recent drop in global trade associated with Covid-19 (estimated to be anywhere between 13% and 32%) is ‘concerning,’ and having open markets, free trade, and resilient supply chains are key to global economic recovery and job retention.

Further, she noted that developments on the fintech and ecommerce front can help the world recalibrate in the new normal, and technologies such as blockchain will become enablers for global trade.

While this is a difficult time for tech companies, Black added that these innovations are likely to come from Southeast Asia. Despite the region relying heavily on travel and tourism, it also enjoys rapid Internet adoption, and investors in the region are still actively dealmaking, leading to a continuing flow of new funding rounds.

Governments at the Forefront of Southeast Asian Recovery

Agility on behalf of the government is key to recovery, KLA Party Leader Korn Chatikavanij said in a panel discussion with Chief FinTech Officer at the Monetary Authority of Singapore Sopnendu Mohanty, and Ancora Group Chairman Gita Wirjawan.

On one hand, governments need to be open to disruptions such as app technology and leverage it when rebuilding their economies. They also need to be open to reengineering industries through digital transformation, such as in the banking and financial sector, Chatikavanij said.

Mohanty pointed out that resilience and sustainability have become much more important for economies than efficiency or productivity. A socially inclusive financial system has now become an important part of a sustainable economy, he noted, referring to migrant workers who have been hit hard by the Covid-19 pandemic.

Further, the economy in the new normal is going to be hi-tech and low-touch, a huge benefit for ASEAN countries with a younger population that already think digitally, he added.

Policy-making bodies need to catch up with the speed at which private enterprises work in order to create a robust moving economy, in addition to incorporating digital technology within their systems, Wirjawan said.

He added that while people have been temporarily dislocated (in terms of jobs, finances etc.), this could become a permanent problem that the region will have to grapple with before Southeast Asian countries stabilize.

Covid-19 has reiterated the urgency of addressing problems of climate change and sustainable living, Founder and CEO of Landprocess Kotchakorn Voraakhom said.

The pandemic has accelerated the conversation on sustainability, and has reminded the world that parallel issues such as waste management, sea erosion and rising sea levels, and drought are very real, she explained.

Further, social distancing has increased the need to create safe and ‘walkable’ cities for citizens.

There has been a long debate on where healthcare data is stored, who has access to it, and how it can be shared, CEO & Executive Advisor Ruff & Co. Business Innovation Susie Ruff said during a panel discussion on healthcare and privacy protection.

Sirucek said that medical data in most of Asia is very siloed and difficult to get access to, especially with inflating medical costs affecting data portability. Tangkitvanich reiterated this thought, pointing out that data in Asia is mostly paper-based and analog.

Regarding contact tracing apps, Tangkitvanich believed that the technology has been overhyped and cannot singularly act as a Covid-19 combative measure.

This is mostly due to its requirement for a near-100% adoption rate, concerns over data privacy, the technical accuracy of Bluetooth, and app-compatibility issues for an estimated 2 billion smartphone owners.

Ruff touched base on the General Data Protection Regulation (GDPR), a European Union (EU) regulation on data protection and privacy within the EU.

The GDPR has made stricter rules for movement of medical information. Patients receive their test results and other clinical information through highly secure methods. Healthcare companies also need to explicitly ask for consent before using anyone’s medical data, Ruff added.

Further, Denmark has been using surveillance through cameras and sensors to monitor its ageing population in homecare, driving conversation on the role of data protection in surveillance.

Sirucek believes that moving forward, governments will take a more pro-protection stance and put pressure on private companies to ensure data security and provide users secure access to their data.

He also pointed out that encryption and rule-based access is integral to protecting health information, provided that there is a high-trust relationship between governments and citizens.

Artificial Intelligence (AI) and the Future of Work

Accenture Thailand Managing Director Nontawat Poomchusri noted during his talk that economies have realized the large scale benefits of virtual technologies, and the impact of digital transformation on the agility of businesses.

While AI has been used to improve efficiency across the board, Poomchusri pointed out that the focus going forward must be on human-machine collaborations, integrating technology into the workforce in stages and based on skill.

The early stage of this integration involves businesses educating themselves on what technology can do. However, Poomchusri pointed out that many businesses are already at the second stage of prototyping and experimenting with humans and machines in their workforces.

“I think most organizations and technologies are ready to move on to the next [stage] where we actually scale up and do real implementation,” he said.

An Accenture study revealed that by 2022, human-machine collaboration could result in up to 38% revenue growth and increase employment by up to 10%, he said, adding that going forward, the focus must be not on the number of jobs, but on their quality and the emergence of new jobs as well.

Overall, the Techsauce Virtual Summit 2020 packed in quality conversations on a range of questions that the world is asking about the post-pandemic recovery outlook.

Interestingly, the Summit took a dual-language approach with its live content – speakers delivered their sessions in English, with an alternative for live Thai audio translation made available to attendees.

It also featured a live chat box as each session went live, but room for interaction otherwise was greatly limited due to its virtual nature.

Interactivity has been a major pain point of virtual events, which either require investments in digital infrastructure to create a conference-like atmosphere, or risk turning out to be a series of webinars rather than a conference experience. This is perhaps why offline events may still have a lead in the conference space.

BODW 2020 provided a glimpse of the post-COVID world – what it will look like, the foremost emerging technologies and their applications, and impending changes to our lifestyles. Hong Kong Design Centre (HKDC) and the Hong Kong Trade Development Council (HKTDC) organized the Business of [...] 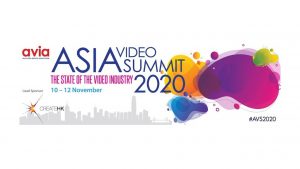 Techsauce’s first ever hybrid event provided plenty of food for thought for attendees and speakers The Techsauce Global Summit 2020, an annual tech conference usually held in Bangkok, Thailand, took place in a hybrid (online and physical) format this year from October 5-8, 2020. This year’s [...]