Mintos, the leading platform for investing in loans in Europe, reached its crowdfunding target of €1 million in just 15 minutes after opening to its community, raising a record amount of €5.3 million in the first 24 hours and continuing to crowdfund.

November 19th, 2020. Mintos, the leading alternative investment platform for investing in loans in Europe, has become the largest European company to raise on Crowdcube, by both the amount raised and the number of investors, reaching its initial target of €1 million in only 15 minutes upon opening to its community in the early access stage of the campaign.

Mintos has also set a record on Crowdcube of hitting €3 million in just over 2 hours. In total, during the first 24 hours, the company’s first crowdfunding campaign attracted 4,600 investors and reached €5.3 million. Starting today, the campaign, part of a larger fundraising round planned with venture capital firms next year, is also available for the public to continue to crowdfund.

“We are thrilled to have such a response from our community,” said Martins Sulte, CEO and Co-Founder of Mintos. “This result is a huge endorsement of our vision and it goes to show how strong the relationship with our community is. We are looking forward to having our newly joined shareholders aboard and continuing our growth plans. However, this is just the beginning as today we are opening the campaign to the public and continuing to crowdfund. After such validation by our own community, we are very excited to see what the next stage of crowdfunding has in store for us.”

Up until now, Mintos has raised €7 million from angel investors, funding most of its growth by revenue. Since launching in 2015, the company has almost single-handedly built up the market of investing in loans in Europe to €6.6 billion, holding about 45% of the market.

Mintos has witnessed an unprecedented growth during the last few years thanks to the great product-market fit. There is still a huge market opportunity ahead of the company, with retail investors in the EU alone holding investments worth €7 trillion and the global crowdlending market expected to grow at a compound annual growth rate (CAGR) of 29.7%, from €57 billion in 2019 to €472 billion by 2027. Mintos is in the intersection of these trends to meet this increasing demand for alternative investments and to capitalize on the rise of non-bank lending.

Paying dividends is just one way of returning investors’ money. Should your startup pay dividends? Read more to find out. Dividends are a company’s profits that are distributed among its shareholders as a return on their investment. The payout can come in the form of cash, shares of [...]

Every Possible Way to Take Your Startup Public

Understand the different types of listing processes and the differences between them. The startup journey, described a financial sense, is a process of raising larger and larger amounts of funding to support growth. This money usually comes from private investors like venture capital firm and [...] 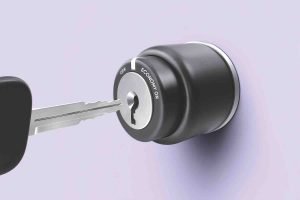 By Daneesh Shahar Governments around the world are funneling money to keep the startup ecosystem alive The novel coronavirus pandemic has quickly become this generation’s defining event. The fallout has led us to assign the pandemic to a particular tier, where it ranks among the likes of the [...]

Controversy has a new favorite child with these five tech startup scandals. Scandal in Silicon Valley came into full view of the world with John Carreyrou’s Bad Blood: Secrets and Lies in a Silicon Valley Startup. The book documents how leadership at biotech startup Theranos raised money, built a [...]