A subtly provocative use of the podcast medium

Moonface is a six-episode, independent audio drama created by James Kim, an established podcast producer based in Los Angeles. Kim’s life inspires the semi-autobiographical story: Paul is a Korean-American in his 20s who’s passionate about sound art. The plot centers around his efforts to face his inner demons, where he struggles to embrace his Korean identity and reveal his sexual orientation to his mother.

It’s difficult for Paul and his mother to have deep conversations due to language barriers, which is made worse by the family dynamic. As Paul remarks in episode three: “We are not that kind of family. We keep things to ourselves.” The theme of belonging is explored convincingly and in diverse ways throughout.

Much in line with Paul’s distaste for “explanatory comments” in podcasts, Moonface paints all its backdrops and scenarios solely by using sound effects and background music. It’s fascinating how nuanced emotions can be expressed in such a way. Transitions and flashbacks are also seamless, resulting in well-paced narration with a splendid aural experience.

By focusing on soundscape design, the podcast pushes the boundaries of what the medium can offer. In episode two, Paul explains to a friend why he is interested in sound arts. He guides the friend through the process of imagining how ambient noise–such as the sound of someone running, a river, or the wind–can become music by “opening up your ears.”

Moonface will resonate strongly with second-generation immigrants living in the U.S., as it dissects the hardships and stereotypes faced by minority communities. With a highly intimate and immersive first-person narration, this coming-of-age story will be relatable to a young adult audience as well.

Lastly, Moonface has a fantastic selection of indie, folk, and electronic music, including work by Clairo, Big Thief, Park Hye Jin, and Peggy Gou. The use of Kim Jung Mi’s ‘Haenim (The Sun)’ from her 1973 psychedelic folk album, Now, in the credits for episode one was especially memorable for me. Her voice is soothing, ethereal, and expressive, and the lyrics are poetic. It fits beautifully in an introspective story about finding one’s cultural roots–one that is filled with both uncertainty and hope. –KC 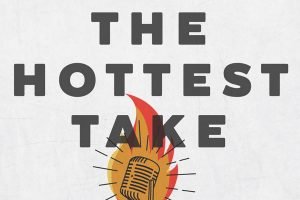 By Jasmine Chan Hilarious, bite-sized commentary Bill Simmons is a regular fixture in the American entertainment scene. He’s a sportswriter, author, talk show host, and the founder and CEO of the sports and pop culture website, The Ringer. Produced by The Ringer, The Hottest Take is Simmons’s [...] Book Review: How to Get Filthy Rich in Rising Asia

If there’s any genre that the startup community collectively loves, it’s a self-help book, whether it be about negotiation or growth hacking. I am more of a fiction lover, so if I were to read any self-help book, Mohsin Hamid’s How to Get Filthy Rich in Rising Asia seemed like the right place [...]

Marketing a product in China is an endeavor that will send chills down any entrepreneur’s spine. The vast market, still full of untapped potential, is riddled with nuance when it comes to consumer behavior. Not only do companies have to make sense of marketing channels and trends to reach Chinese [...]

Tony Robbins: I Am Not Your Guru

By Jasmine Chan Unleashing the skepticism within Widely considered to be the most high-profile life coach today, there’s no escaping the name ‘Tony Robbins’ when browsing the self-help aisle. Tony Robbins: I Am Not Your Guru gives an inside look at his seminar, ‘Date With Destiny,’ which [...]

Entrepreneurial journeys on the road less traveled A leather goods store selling custom fetish wear for the LGBT+ and kink-friendly communities. A thriving group of female fans drawn by a manga comic set in a Nigerian university. A haute couture designer of of hijabs made from vintage scarves. All [...]