How Luckin Coffee Spoiled The Beans

A detailed timeline of how one of China’s brightest startups, Luckin Coffee, became scandal-plagued and got delisted from Nasdaq

Chinese Starbucks rival Luckin Coffee has been steeped in controversy ever since its elaborate forgery and financial sham came into the limelight on January 31 following the publication of an 89-page anonymous report alleging fraud.

Luckin’s story is that of a meteoric rise and a sudden fall from grace. The startup, founded in 2017, become the largest coffee chain in China by number of stores by 2019. The rapid growth was fueled by a cash-burning strategy focused on the goal of opening more than 4500 stores in the country. Coffees were priced extremely low to lure in customers, at the cost of profit.

In the three years since its inception, Luckin has raised over US$1 billion, and was once valued at $12.7 billion. The decacorn is not even a unicorn today, as its market cap has eroded to $349.34 million in the five months since the scandal unfolded. A detailed initial timeline of Luckin’s downfall is available here.

The full timeline of the scandal

Following the publication of the report, Luckin continued to deny all allegations of wrongdoing for over two months, during which time the startup’s stock prices went on a roller coaster ride. Chinese customers rallied for the company, while short sellers viewed the anonymous report as credible.

On April 2, when Luckin finally acknowledged the fraud and announced the formation of an ‘Independent Special Committee‘ to oversee an internal investigation into the malpractice, its share prices nosedived in a single day to $4.90 from $26.60 a day before.

Jian Liu, who had been COO since May 2018, along with employees reporting to him, were the culprits behind the sham. The fake transactions fabricated from Q2 to Q4 of 2019 amount to approximately $310 million (RMB 2.2 billion) – equivalent to 40% of its annual sales estimate, Luckin’s report said.

Following the acknowledgment of the fraud, trading of Luckin’s stock was halted at 9:15 a.m. Eastern time on April 7, for pending news, according to a CNBC report.

On April 29, The Wall Street Journal reported that Luckin Coffee was being investigated by the Securities and Exchange Commission (SEC) for accounting fraud.

On May 12, based on evidence unearthed during the internal investigation, the Board of Directors toppled Luckin’s senior management by terminating CEO Jenny Zhiya Qian and Liu, and removing them from the Board.

In addition to Qian and Liu, six other employees who were found complicit or had knowledge of the fabricated transactions were suspended or placed on leave, according to a report released by Luckin.

Jinyi Guo, a Director to the Board and Senior Vice President in charge of store operations and customer service since June 2018, was appointed as the Acting CEO of Luckin.

On May 15, Luckin received a written notice from the Listing Qualifications Staff of The Nasdaq Stock Market, announcing that Nasdaq had determined to delist the company on two bases:

(i) public interest concerns as raised by the fabricated transactions disclosed by the Company; and

(ii) the Company’s past failure to publicly disclose material information, citing a business model through which the previously disclosed fabricated transactions were executed

Luckin said it planned to request a hearing before a Nasdaq Hearings Panel to plead its case. The company’s shares would remain listed on Nasdaq, pending the outcome of the hearing, the report said.

On May 20, Luckin Coffe’s Co-founder and CEO, Lu Zhengyao, who had issued a public apology on April 5, issued a statement saying he was losing sleep over the delisting notice from Nasdaq, CNN Business reported.

“I’ve been in deep pain and remorse,” he said in the statement. “I can’t sleep at night. If the company is delisted, it will surely face more difficulties and increased pressure.”

According to a report by Bloomberg, Luckin’s shares resumed trading on May 20, only to plummet to $1.39 within 2 days.

On May 22, Luckin requested an oral hearing before the Nasdaq panel for a plea to reconsider Nasdaq decision to delist Luckin. The hearing was scheduled for June 25.

As if two bases were not enough, Nasdaq issued a second notice to Luckin, adding Luckin’s failure to file its Annual Report as the third basis for delisting the company, according to a press report issued by Luckin.

Luckin had not been able to file the Annual Report due to delays in the financial statement preparation process caused by COVID-19, and the pending outcome of the internal probe into the fraud, the report said.

On June 24, Luckin withdrew its request for the Nasdaq hearing, the company announced. Consequently, the Office of General Counsel of Nasdaq notified Luckin that the company’s shares were scheduled to be delisted at the open of trading on June 29, 2020.

As of Monday last week, Luckin is no longer listed on the Nasdaq stock exchange.

As a last-ditch attempt at turning things around and regaining customer and investor trust, Luckin Coffee convened an Extraordinary General Meeting to remove four independent Directors including Co-founder Lu and Chairman of the Special Committee overseeing the probe into the fraud, according to a General Meeting notice issued by Luckin.

However, on June 26, Luckin announced that the majority of directors of the Board have requested and resolved to remove Lu as a Director and the Chairman of the Board, based on findings presented by and the recommendations of the Special Committee of the Board, and a meeting was to be held on July 2 to vote on the resolution.

The Special Committee’s recommendations were based on documentary and other evidence it identified in the course of its ongoing internal investigation, and its evaluation of Lu’s degree of cooperation in the investigation.

On July 1, Luckin announced the conclusion of its independent internal investigation by the Special Committee of the Board of Directors, along with the assistance of its advisors, Kirkland & Ellis International LLP, and FTI Consulting.

According to the press release issued by Luckin, the Special Committee and its advisors reviewed over 550,000 documents collected from over 60 custodians in less than 4 months, interviewed over 60 witnesses, and performed forensic accounting and data analytics testing to determine the depth of the fraud in the course of its internal investigation.

In addition to Qian and Liu, Luckin’s Board has decided to fire 12 other employees found to be complicit in the fraud, while 15 other employees are subject to other disciplinary actions, per the recommendations of the Special Committee.

The meeting, held on July 2, failed to pass the resolution to oust Lu. He continued to hold onto his position as Chairman, till July 5, when he was ousted by Board members at the Extraordinary General Meeting along with 3 other Board directors including Sean Shao. Ying Zeng and Jie Yang will be added as independent board directors, according to a report by Bloomberg.

The anonymous report that all but totaled Luckin was written by Snow Lake Capital, an alternative investment management firm with offices in Beijing and Hong Kong. The firm was founded by an ex-Ziff Brothers Investments worker Sean Ma, The Wall Street Journal reported.

Although the firm boasts $2.5 billion in assets under management, a significant portion of which was made by shorting Luckin’s stock, it is not known why Snow Lake Capital or Ma will not take credit for the authorship of the report.

Short-seller and Founder of Muddy Waters Research Carson Block, who viewed the anonymous report as credible in January and bet against Luckin, distributed the report to other short-sellers through an email that said, ‘A new generation of Chinese Fraud 2.0 has emerged.’

It remains to be seen whether Luckin can survive despite the major hiccups it has faced in the last 5 months.

Adding to China’s embarrassment over Luckin Coffee, Nasdaq-listed Kingold Jewellery, one of China’s largest jewelry makers, fraudulently obtained $2.8 billion in loans. The company allegedly used 83 tonnes of gold bars as loan collateral, which later turned out to be gilded copper, according to a report by Caixin on June 29.

Kingold has strongly denied any wrongdoing and is currently being investigated by authorities, Caixin reported.

What’s In Store For Jack Ma And His Multi-Billion Dollar Empire?

Jack Ma and his companies Alibaba and Ant Group, have received massive regulatory blows from Chinese authorities since Ma criticized them in October last year. Ever since Chinese billionaire Jack Ma gave a fateful speech late last year, Ma’s fate has turned for the worse. In the [...] 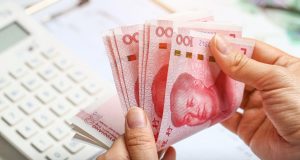