The startup claims to have experienced a 700% year-on-year (YoY) growth in transactions, and served more than 4 million new users in 2019

Hong Kong-based fintech startup Oriente has raised fresh funds of approximately US$50 million in its ongoing Series B funding round, the company announced in a press report today.

The round was led by Dr. Peter Lee, Co-Chairman of Henderson Land, a leading property developer in Hong Kong, along with participation from Israeli website development platform Wix.com and other existing investors.

The fresh funds will be used to fuel Oriente’s growth in existing markets in the Philippines and Indonesia, and to expand into new markets such as Vietnam. The new capital will also be used to enhance the startup’s technology infrastructure, product suite, and big-data capabilities to provide deeper business insights for partners, according to the company statement.

The latest funding follows soon after the startup secured a $20 million debt financing facility, extendable up to $50 million, from Silverhorn Group in March 2020. The startup also raised initial funding of $105 million in November 2018.

With the latest investments, the startup’s total funding till date stands at over $160 million in equity and debt, according to Oriente’s Vice-President (VP) of Corporate Affairs, Karun Arya.

According to the statement, Oriente experienced a 700% year-on-year (YoY) growth in transactions, and served more than 4 million new users, while its partners saw a 20% increase in sales volume in 2019. The startup claims to have over 5 million users and more than 1,000 merchants across the Philippines and Indonesia via its app-based ventures Cashalo and Finmas.

“The last 12 months have been a period of unprecedented growth at Oriente. This investment, which comes during a time of significant global economic turmoil, puts us in a strong position as we look to step up our efforts in a highly competitive sector,” said Prentice.

“Southeast Asia’s vastly underserved merchant consumer ecosystem has tremendous economic potential, and we are excited to power a more capable financial services infrastructure that is purpose-built to unlock this,” he added.

Prentice previously told TechCrunch that Oriente does not compete with payment providers, but is “innovating credit as a service,” and is the only company focusing on building an end-to-end digital financial services infrastructure for online and offline merchants.

“Our aim is not only to mitigate anticipated headwinds on liquidity but to demonstrate that our business has the potential to overcome and outperform the market in a recession—unlocking value for all stakeholders for years to come,” he added.

BharatPe aims to reach US$30 billion in total payment volume and facilitate loan of $700 million by March 2023 Indian fintech startup BharatPe has raised US$108 million in a Series D round of funding, led by Coatue Management, the startup announced in a press release yesterday. Existing investors [...] 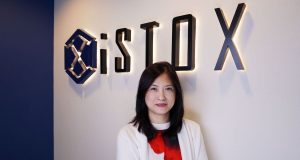 The new funding will be focused on expansion efforts and growing iSTOX’s investment offerings. Singapore-headquartered digital securities platform iSTOX has closed its Series A fundraise at US$50 million, the company announced in a statement yesterday. With the close, the company welcomes four [...] 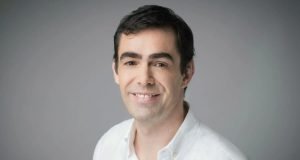 The world’s financing structures have been unable to match SMEs’ demand for credit. With their credit needs unmet, alternative finance channels have entered the spotlight. Trade financing is one of most significant obstacles to growth in emerging markets, particularly in Asia. The global [...]