The Startup Zone at the 2018 Hong Kong Electronics Fair was lined with hands-on demos of innovative products, but one was not quite indoor friendly. Resembling a rugged Wifi router, Firefly–contrary to what its appearance suggests–can put on quite a show.

We spoke with Titan Technologies Founder Kevin Wu to learn more about this mysterious device–one that is priced more than 20 times lower than its traditional counterparts and has opened doors to an activity that up until now, eluded most people. If anyone has the authority to speak on this technology, it’s Kevin, as his family has been a global leader in the industry for generations.

JS: We’re here with Kevin from Titan International Technologies to talk about Firefly.

Kevin: Firefly, simply, is the ability to use a mobile application to set off fireworks safely in your backyard.

JS: You heard that right: fireworks. Can you share a bit about the technology behind it and how you came up with this idea?

Kevin: Sure. The technology behind it has been around for quite a long time. We only use Wifi and Bluetooth connections to submit an electrical charge to a heating coil. So imagine if you’re trying to light a cigarette with a USB heating lighter. It’s something along the lines of that.

How I came up with that is, my family’s been in fireworks for over a hundred years. When I came back from the US, I realized not a lot of change had happened in the last hundred years in the fireworks industry. I thought, ‘how do I enjoy fireworks as a young person? Through an app!’ That’s kind of how the application started.

JS: Earlier, we were talking a bit about the traditional technology that’s used, and how you brought the price point down dramatically. Can you talk a bit more about that?

Kevin: Sure. The price points relate to how ‘professional’ a system is. Regular users don’t need to have split-second timing and really expensive ways to design a fireworks show. They just want to listen to music and see fireworks go off.

That’s pretty much of what I’ve done. I’ve taken the controller settings, put them all on an application, and then given you a firing box, which is how we’ve been able to bring the price point down from several thousands of dollars to just two hundred dollars retail.

JS: That sounds quite disruptive. Which platforms are you pushing this product out?

Kevin: Right now, we’re ready for sale in the United States, as well as Canada and Germany, and those countries have already been selling to other countries around the globe, so right now, we’re in about 33 countries on our application.

As we open up more markets as distributors, we can see the Firefly system take on a new life to the fireworks industry, which is really cool. We bring fireworks from the professional guy to anyone who wants to set off fireworks in their backyard.

JS: Can I set this up and set off fireworks?

Kevin: You definitely can. While we don’t recommend kids setting off fireworks, families can teach them how to program the show, and have the kid just swipe and fire. It’s extremely easy. A show can be done in about three minutes as opposed to the several days it might take a professional.

Kevin: Firefly for 2019: our main focus right now is to open new markets that we may not have focused on previously, such as China, India, and Russia. We have the big system here, and we’re launching a smaller system that’s a little more affordable for the general user who doesn’t want to do a really large show, as well as implementing a certain type of ecommerce system into our application to allow users to design a show as well as buy fireworks direct from the app.

JS: One last question: How has your experience at the Hong Kong Electronics Fair been? Has it been a productive few days for you?

Kevin: Of course it has. Jumpstart, which has brought me in here, was talking to me about the mentorship that I would get here. A lot of mentorships that I got at this convention, even though I’m not a first-year startup (I’m s second-year startup) has been absolutely critical to the future success and direction of Firefly. I  highly recommend any startup–come into the Hong Kong Convention Center to take a look.

How This Travel Fintech Company Went from Pandemic to Pivot

YouTrip Co-founder and CEO Caecilia Chu speaks to Jumpstart about the company’s pandemic pivot strategy Established in 2018 as a multi-currency mobile wallet for travelers, travel fintech company YouTrip entered pandemic-paralyzed 2020 on the back of 10x growth in 2019. Based in Singapore, Hong [...] 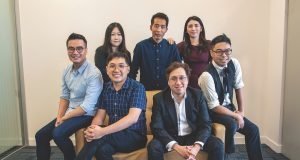 Enabling programmers to keep apace with the tech revolution Tailwinds in technology are propelling the world headfirst into the age of automation, but professional talent is still catching up. In a 2019 survey, 67% of organizations said they were facing a shortage of IT skills–an all-time high [...]

Why Digital Wealth Management is More Than Just Robo-Advisory

The challenge with digital wealth management is to convince people to put their money to use digitally Robo-advisory is on the fast-track to a new kind of transformation, but the bigger win, according to the Co-founder and CEO of Singapore-headquartered fintech startup StashAway Michele Ferrario, [...]

Manny Pacquiao, PacMan of the Hour

The boxing legend shares what inspires him to reach the pinnacle of the sporting, political, and business worlds Emanuel ‘Manny’ Pacquiao is not one to exceed expectations. He dwarfs them.  Affectionately nicknamed ‘PacMan’ by his fans, Pacquiao is a boxing legend who ranks among the likes [...]

By Alvin Mak Butler is building the future of our home experiences. In Hong Kong, it is abnormal to put leisure above work. The city’s cutthroat work culture dominates the lives of many. Hong Kong’s employed thus often find themselves out of time to maintain a comfortable home. Instead of being [...]