Competition doesn’t always have to be cutthroat–sometimes, it can be collaborative

A couple of months ago, I was asked to give a keynote speech on how to build a startup in a difficult emerging market successfully. While I carefully outlined the questions that we asked to embed ourselves in the market, claw our way to profitability, and build a company with steady revenue and growth, what seemed to resonate most with attendees was our unusual approach to competition.

Many years ago, I read an important book about negotiation called Getting to Yes: Negotiating Agreement Without Giving In by Roger Fisher and William Ury. It recounts a story of two sisters fighting over an orange. By drilling down into what each needed and understanding that their needs were not mutually exclusive, the situation is amicably resolved. One sister required the orange rind to bake a cake, while the other just wanted to eat the orange.

This anecdote reflects how I approach negotiating with the competition. If you can carefully identify each stakeholder and their motivations, then you can find opportunities to collaborate in ways that are mutually beneficial to both of you.

I use this strategy time and time again with my own company. Instead of fighting competitors in a race to the bottom, we continually engage them to see if there are opportunities to work together. This strategy has also allowed us to collectively work toward the creation of a positive environment to grow our businesses by pushing for policy shifts that favor all of us.

It was this approach that led to us acquiring our largest competitor in the market. It was a much better funded company, but was on the brink of collapse due to bloated management costs and lack of local distribution. Far from finding joy in its demise, we realized that its failure might send the wrong signal to investors, potentially giving them the idea that our market was unripe. Moreover, it would leave thousands of customers stranded and destroy confidence in our product and the ability of companies like ours to service them.

Buying out our competitor for a reasonable price allowed its owners to recover some costs and pay employees. Further, its customers could continue to be served. We were able to significantly expand our customer base at an accelerated pace and in a much more cost-effective way than we could have done otherwise.

Another example of collaboration over competition can be seen in our fundraising efforts. I was recently presented with an exciting opportunity. In an attempt to counter the very real struggle that female CEOs face in this endeavor (according to Pitchbook, only 2.8% of venture capital went to female founders in 2019), a progressive new debt fund was established specifically for female CEOs. The total fund of half a million U.S. dollars is to be split among five ventures, selected based on the businesses’ chance of survival and repayment.

The interesting part is that the five female founders must collaborate to decide how to split the money; the rules: it can’t all go to one or be split evenly. What seems to be a terrifying social experiment instead offers insights into a new way of doing business in a changing world.

When approaching competitors for collaboration, think about whether there is a way to vertically integrate or align on some other core value to aggregate your offering. This diverse new way of thinking offers opportunities to find the best use cases for the limited resources needed for the next generation of businesses–and is a direct result of having more female entrepreneurs and investors in the world today.

Shazia is an environmental lawyer and off-grid energy expert. She co-founded EcoEnergy with Jeremy Higgs as a way to distribute solar electricity in Pakistan to the 65 million living off-grid. EcoEnergy was selected as one of SheEO’s Ventures, and received a SET Award for being one of the top 100 energy startups in the world. 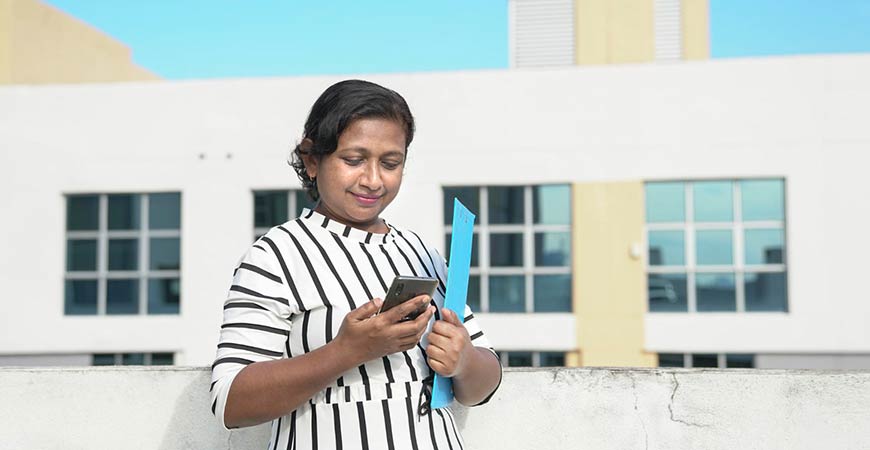