Indian startup ETgarage, which offers blockchain, IoT and other emerging technologies for supply chain management, has entered into a strategic partnership with VeriDoc Global Australia, to promote faster adoption of blochain technology in India, VeriDoc announced in a statement yesterday.

According to the statement, VeriDoc has developed a verification protocol that combines anti-fraud software with distributed ledger technology, like blockchain, and offers solutions across different sectors and industries.

VeriDoc’s solution is multichain, which means it can simultaneously verifying data across multiple blockchains, and can be easily implemented with any blockchain system, the statement said.

Being a multichain solution, VeriDoc leverages several diverse blockchains to give customers more control over their data, the statement noted.

‘It’s a new world out there, and blockchain is a crucial part of the future we are entering, not only in the supply chain field, but every primary industry will be affected by it,’ the company said in the announcement.

Founded in 2019, ETgarage aims to establish trust and simplify verification by using emerging technologies, and leverages blockchain and other technologies to offer services like food and seed traceability, document authentication, electronic health records, and digital transformation of supply chains.

According to the statement, ETgarage’s aim was not to reinvent the wheel but to focus on integration of the latest technologies with traditional businesses to increase transparency and traceability.

“As India gears up for the new normal, we believe this strong partnership will revolutionize digital adoption and transformation in India,” ETgarage CEO Prabir Mishra said.

According to a report by Deloitte, ensuring the right mix of partners, platform and vendors makes the difference between success and failure when it comes to blockchain technology solutions.

Moreover, the news of the partnership comes less than two weeks after the Indian state of Tamil Nadu announced plans to build a blockchain infrastructure to revolutionize the way the government offers services to its citizens, according to a report by CoinTelegraph.

While experts agree that blockchain is a revolutionary technology, equivalent to the internet in the 1990s, its adoption has been slow across the world for a number of reasons including too many hacks and bad players.

However, it holds great potential, and is expected to generate $3 trillion annually in business value by 2030, according to a strategy report published by NITI Aayog, India’s policy think tank. The report further delineates the Indian government’s plan to leverage blockchain to revolutionize interaction between governments, businesses, and citizens.

With the Indian government’s active participation in promoting and implementing the use of blockchain technology, which is still at a nascent stage of development in the country, its adoption is likely to increase in the Indian market. 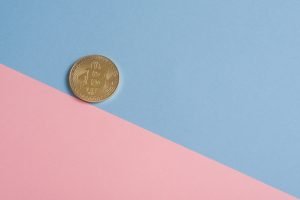 Blockchain in 2021 And Beyond

Trends, challenges, and predictions for the blockchain industry The year 2020 made waves in the world of blockchain and digital currencies. While Bitcoin took phenomenal leaps in price, blockchain kept economies moving by facilitating cash-flow management (World Economic Forum). According to [...]

An Introduction to Cryptoart

Cryptoart has intriguing potential, but not without cost. Cryptoart is an exciting development in the digital art space. It promises to bring rarity and value to digital art that could previously only be achieved by creating traditional art. Digital artists making tens of millions of dollars for [...]

Kittens, Punks, and Virtual Land: How NFTs Are Helping People Rake in Millions

Here’s all you need to know about non-fungible tokens or NFTs, the latest craze in the crypto world. Early last month, a piece of virtual land on blockchain marketplace and gaming platform Axie Infinity was sold for 888.25 ETH (ether, Ethereum’s cryptocurrency), or roughly US$1.5 million at [...]