Dissecting the development of nuclear technology

As our world develops, our thirst for energy increases. The freedom afforded by low-cost, ‘always on’ electricity enables society to progress. In this paradigm, nuclear power continues to help us attain more freedom by generating significant quantities of low carbon electricity. Each plant provides a secure supply, occupies a limited landmass, and promotes better urban air quality.

As a technology, nuclear power has been with us for over 60 years, and we now have about 450 power reactors, which generate around 11% of global electricity (World Nuclear Association). Nuclear reactors are broadly categorized into generations, where we are now building Gen II and Gen III reactors.

China leads internationally in the number of reactors currently under construction; China General Nuclear Power Group brought the EPR (a Gen III reactor) into commercial operation at Taishan 1 in August 2018. Additionally, the country is looking to develop external markets for their indigenous Hualong One reactor design.

Such designs build on water reactor concepts, currently seen in boiling water and pressurized water reactor variants. Typically, these reactors are large units operating at over one gigawatt (GW) in net capacity with an approximate 60-year design life. The size and complexity of each design, together with local rules and regulations, increase the financial and time cost of new projects. Each requires substantive state investment or financial underwriting, which is risky in an evolving world, where renewable technologies are increasingly generating intermittent and inexpensive supply.

The large reactor concept de-risks electricity supply on a per-unit basis, as it reduces the cost-per-megawatt (MW) once the reactor is built. However, its size is also a weakness.

Let us consider: in a developed nation, the typical electricity consumption per person per year is 10,000 kilowatt-hour (kWh). Thus, a GW reactor serves 100% of 800,000 people’s needs. But considering the long build time, cost, and ‘always on’ usage, large reactors can be problematic in maintaining a steady stream of electricity.

Such concerns are motivating the development of small or advanced modular reactors (SMR or AMR). These reactors are between 50 to 600 MW in capacity and are built in a factory, which enables learning-by-doing and a cost reduction due to the standardization of training and manufacturing methods.

The United Kingdom is seriously exploring the SMR/AMR space, with around 50 concepts and designs available. These include a scaled down, conventional water reactor proposed by Rolls-Royce, which has limited deviations from larger reactors, but can be factory-built in a similar manner to a jet engine.

Another is the NuScale power module concept, where each unit provides 60 MW of electricity, and multiple units can be linked together in a reactor facility. This makes the plant scaleable in price and capacity, and reduces economic risk.

Electricity only makes up around 16% of global energy consumption. Significant energy is consumed in the production of goods, process heat, and transport. In terms of new markets, co-generation of synthetic fuels, including hydrogen and process heat, could be serviced by Gen IV reactors, such as the gas-cooled High Temperature Pebble Bed reactor.

In 2018, the HTR-PM steam demonstrator reactor passed pressure tests, and it will be exciting to see this design rolled out in the 18 proposed reactors, and scaled up in the future in their 650 MW design.

The threat of climate change, poor air quality, and our boom in energy demand create a perfect storm. To calm these waters, we must continue with our deployment and development of nuclear power as part of our basket of technologies.

Ben is a Senior Lecturer in Materials at Imperial College London and is Deputy Director of the Centre for Nuclear Engineering. His research focuses on understanding materials for high-value and high-risk applications, including nuclear power. In 2016, he was awarded the Royal Academy of Engineering Trust’s ‘Young Engineer of the Year Award.’ Free Trade Agreements are Writing a New Chapter for Asia

Asia-Europe trade deals drive momentum for SME recovery By Kawal Preet As economies worldwide respond to continued waves of the COVID-19 pandemic, there are positive signs in markets across Asia, where cross-border commerce is trending positively against the backdrop of the health crisis. This is [...] 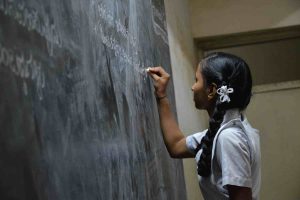 By Michelle Lau COVID-19-depression is real, and so is the urge to reach for comfort food, but eating with care is a much better, healthier, and more sustainable solution to the mental health pandemic. Now more than ever, we need to be mindful of our mental health. During the COVID-19 pandemic, we [...] 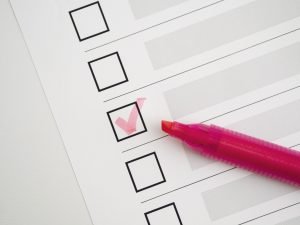 The 5 Essentials for Establishing a 9-Figure Startup

Zenos Schmickrath, recently-exited Co-founder and CXO of Singapore-based co-living startup Hmlet, explains what it took to build the company up from profitable sideline to regional market leader. My co-founder and I startedHmlet with just one apartment. Nine months later, in 2015, we were [...]

By Nilanjan Raghunath and Durriya Nadeem Practical and essential insights for businesses with the drive to survive. We are facing an unprecedented global crisis, where normal life has stopped for the world’s vast population. Like all crises, this too will end, and there has been plenty of chatter [...]