Since 2014, the Indian government has implemented a slew of policies and initiatives to boost the startup ecosystem. Most recently, due to the global COVID-19 crisis, many startups and small and medium enterprises (SMEs) around the world have been forced to shutter operations – eroding the progress built over the past six year.

According to a survey of 250 Indian startups conducted by Nasscom in May 2020, 9 out of 10 startups reported a decline in revenue while more than one-third had either temporarily or permanently halted operations. Moreover, 60% of all B2C startups were facing closure after two months of countrywide lockdowns that are yet to be completely lifted.

In the same month, in order to provide relief to micro, small and medium enterprises across all sectors, Prime Minister Narendra Modi introduced a COVID-19 relief package of INR 20 lakh crores (US$260 billion), equivalent to 10% of India’s GDP.

The relief package offered INR 3 lakh crores (US$39 billion) worth of collateral-free loans, with 100% credit guarantees for businesses including MSMEs with existing debt, INR 50,000 crore (US$6.5 billion) capital infusions in MSMEs with growth potential through a fund of funds, and a slew of other measures.

However, the efficacy of these measures leaves something to be desired. It is important to note that a large number of Indian startups did not stand to gain from the collateral-free loan since they had to be registered MSMEs and have existing debt, according to a Times of India report. This is problematic, given that startups generally do not raise money from nationalized banks or NBFCs, who look at profitability while considering loan applications, the report added.

Additionally, a survey of over 8,400 Indian startups, small and medium enterprises, and entrepreneurs conducted by community social media platform LocalCircles in July, reported that 57% of respondents did not stand to gain from the collateral free loan stimulus, while another 29% were unsure.

Along with the package, Modi also launched the AtmaNirbhar Bharat Abhiyaan or Self-Reliant India Movement, as part of his vision to make India “a bigger and more important part of the global economy” amid souring geopolitical relations with China and the U.S.

As part of the Self-Reliant India initiative, the government of India (GOI) has organized a number of startup competitions to encourage Indian entrepreneurs to ideate, incubate, build, nurture and sustain tech solutions for the Indian and the global market.

For example, the AatmaNirbhar Bharat App Innovation Challenge sought to identify potential homegrown alternatives to the hundreds of Chinese apps that were banned in India since June, and include popular names like TikTok, Shareit, Baidu, WeChat, Alipay, among others.

Challenge Hunt Under NGIS for Advanced Uninhibited Technology Intervention, or ‘CHUNAUTI’ was another startup competition launched by the GOI in late August, under the Next Generation Incubation Scheme (NGIS) to make India a global player in the development, production and supply of innovative, efficient, and secure software products.

The program aims to cultivate a network of startups across sectors including edtech, fintech, agritech, logistics and transportation, remote monitoring, healthcare, and others.

Around 300 startups will be chosen to receive seed funding of up to INR 25 lakh (US$35,000), along with incubation facilities, mentorship, security testing facilities, access to venture capital funding, and industry connections, as well as advisory services in legal, human resources, and patent matters.

The GOI is also investing considerable resources in opening several Centres of Excellence (CoEs) in emerging technologies like blockchain, IoT in agriculture, animation, as well as AR and VR.

Despite this impressive array of offerings for early-stage startups, the Self-Reliant India movement is the latest in a series of other GOI initiatives implemented over the last few years to boost the startup ecosystem.

The initiative recognized ‘ease of doing business’ as a basic parameter for promoting entrepreneurship, and targeting deregulation of the manufacturing industry to attract foreign investors.

It is important to note that in April this year, the GOI amended national FDI policies, and now requires investors from neighboring countries like China to acquire government pre-approvals.

This move could potentially backfire in the pandemic-induced cash crunch, since Chinese investors alone poured $1.8 billion into the country between 2015 and 2019, according to a report by Scroll.

The government’s primary worry was that pandemic conditions would leave Indian companies vulnerable to opportunistic takeovers, an apt concern considering the pandemic has lowered the valuations of several startups. The amendments were announced after India’s Housing Development Finance Corp. Ltd (HDFC) reported that People’s Bank of China (PBOC) raised its stake in HDFC Bank from 0.8% to 1.01% through open market purchases.

Moreover, the Make in India initiative has gained new vigor amidst the changing U.S. immigration policies that affects a large number of Indian tech executives in the U.S.

According to an ETtech report, industry players including investors and entrepreneurs believe that the tightening immigration policies could lead to Indian tech workers rallying home to develop technologies in India, thus fueling a Make in India initiative in the technology sector.

The GOI launched AIM with the aim of fostering innovation and entrepreneurship in higher secondary schools, science, engineering and higher academic institutions, and at the MSME, corporate, and NGO levels.

Under the initiative, the GOI set up Atal Tinkering Labs, dedicated workspaces outfitted with do-it-yourself (DIY) kits on technologies like 3D printers, robotics, Internet of Things (IOT), miniaturized electronics, and other tools to help students experiment and learn to develop innovative solutions using those technologies.

The government has also set up several Atal Incubators at the university, NGO, SME and corporate industry levels, along with Mentor India, a startup mentoring network. Under AIM, the government has also organized various challenges to promote specific product innovations with social and economic impact.

The Startup India initiative was launched in 2016 to support entrepreneurship and create a robust startup ecosystem. Under the initiative, the government offers legal support, funding and incentives to startups and has created incubators and innovation labs, and even organized competitions including the ones discussed earlier.

In order to encourage Indian states to proactively improve their startup ecosystems, the GOI started the States Startup Ecosystem Ranking in 2018 under the Startup India initiative, which has led to a race between state governments to develop their respective startup ecosystems.

In 2019, Gujarat emerged as ‘best performer,’ while Karnataka and Kerala were ‘top performers,’ according to a Business Insider report.

States governments have adopted various different approaches to boost their startup ecosystems. For example, the Karnataka government offers financial aid to Scheduled Caste and Scheduled Tribe founders through its Elevate Scheme, and was the first state to establish a dedicated startup cell to help startups implement pilots while offering a networking platform for all startup stakeholders.

Uttar Pradesh, on the other hand, recently launched the Uttar Pradesh Startup Policy 2020, which aims at setting up 100 incubators across the state in order to develop an ecosystem to support 10,000 startups, according to a Livemint report.

Although the Digital India program was launched in 2015 to help bring about digital transformation of Indian businesses, the Ministry of Electronics and Information Technology (MeitY) partnered with T-Hub, a startup initiative by the Telangana state government in July, to help hardware and IoT startups scale in India.

Assessing the impact of the GOI startup initiatives

The above mentioned initiatives indicate that India lacks a comprehensive startup policy and has fragmented policy implementation with several GOI policies having overlapping areas of interest and focus, in addition to overlap with state policies.

While these initiatives were implemented since 2014, it is important to note that India ranked 23 out of 100 countries in startup ecosystem ranking this year, slipping from its 17th position in 2019, according to a report by StartupBlink, despite having the third largest startup ecosystem in the world in terms of number of technology startups.

Moreover, only four Indian cities – Bengaluru, New Delhi, Mumbai, and Hyderabad – ranked among the top 100 startup cities in the world this year, as opposed to seven cities that made the cut in 2019, a Financial Express report stated.

Therefore, it is evident that despite the slew of initiatives launched by Modi since he became Prime Minister, India’s startup ecosystem, which currently has 40,000 active startups including 34 unicorns, is missing some crucial element.

However, this year, India managed to climb four ranks to finally earn a spot among the top 50 most innovative countries in the world, according to the Global Innovation Index 2020 released by World Intellectual Property Organization (WIPO).

The rank, however, is likely to be affected by the more recent cross-border investment policies for neighbouring countries discussed earlier.

In conclusion, the Indian startup ecosystem, which has grown drastically in the last few years, is still in its early stages of development, and the GOI initiatives require a few more years before its full impact can be accurately assessed.

Cyberport partners with blockchain industry leader R3 and FORMS HK to launch “Block AdVenture” programme Hong Kong, 22 October 2020 – As part of its commitment to empowering start-ups through the use of cutting-edge technologies and creating innovative digital solutions that meet the [...]

Hong Kong Blockchain Week 2020: Setting DeFi and Blockchain Trends for 2021 November 17th to 19th 2020, speakers and participants will assess the economic and technological rollercoaster of the year 2020, and will discuss whether DeFi will change the game for fintech. 20 October 2020, Hong Kong [...] 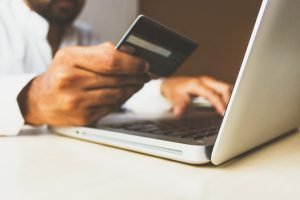 7 Expensive And Unexpected Startup Failures In 2020

A brief overview of the 7 most heavily funded startups in the U.S. and Asia-Pacific that shuttered operations this year. The global startup economy, which is growing more than 10% every year, was valued at nearly US$3 trillion last year, almost equivalent to the gross domestic product (GDP) of [...]