Uncovering the mythos of esports with Asia’s top teams

By Bertha Chiu | In 1972, a group of gamers gathered in Stanford’s Artificial Intelligence lab to play Spacewar, where the winner won a year’s subscription to Rolling Stone, their photo in said magazine, and the bragging rights that came with being champion of “The First Intergalactic Spacewar Olympics.” This was the earliest example of what is now known as ‘esports’–a catch-all for entertainment through competitive video gaming.

To say the industry has come a long way would be a gross understatement, as it’s projected to reach US$1.1 billion in revenue this year alone, placing it amongst the top market trends to look out for in 2019 (Newzoo).

Although it’s evolved from a niche community of amateur enthusiasts to the industry it is today, misconceptions about the culture and business of esports continue to persist. But, what’s more fascinating is the people–the players and coaches, and those who support them behind the scenes. They’re not only heroes to legions of fans in the gaming community, but the face of an industry on a meteoric rise.

The League of Legends (LoL) 2017 World Championship (Worlds), run by Tencent-owned Riot Games, is one of the most streamed sporting events all time, logging 1.2 billion hours viewed over 21 days and US$49.5 million in revenue, of which US$2.7 million are fan contributions (Riot). With average Olympics viewership in decline, down 7% since Sochi 2014, it’s no wonder the International Olympic Committee (IOC) started to take notice (NBC).

At the 6th Olympic Summit in 2017, the IOC released this statement: “Competitive ‘esports’ could be considered as a sporting activity, and the players involved prepare and train with an intensity which may be comparable to athletes in traditional sports.”

For professional gamers, the competitive nature and demands of the sport have always stood front and center.

Day 6 at the 2018 World Championship Group Stage at the Busan Exhibition and Convention Center in Busan, South Korea, on 15 October 2018. Photo courtesy of AFs.

YeonSeong Choi, Head Coach of Afreeca Freecs (AFs) and Korea Esports Hall of Fame Laureate, says “It’s imperative for pro-gamers to maintain and develop their abilities. Even if players have the skills, they would not be able to perform their best without mental tenacity.”

Choi is a living legend in the esports world, having cemented nine individual and seven professional leagues with his handle ‘iloveoov.’ Under his tutelage, AFs won US$90K in 2018 Worlds for placing 7th out of the top 24 teams of the season. Having started his career during esports’ nascent days, Choi is all too familiar with facing stereotypes about his profession.

“No matter what the job is, you must exert a high level of effort and self-discipline. Many people debase the efforts of pro-gamers or envy them. I think people feel this way because they do not see their hidden efforts,” says AFs General Manager Young Hoon Kang.

Speaking about his own experience joining the esports industry, Kang says, “Witnessing how pro-gamers prepare for the game, their performance on stage, and the fans’ ardent cheers brought me here.”

2018 was fruitful for Emperor’s professional team, G-Rex (GRX), as they tore through the LoL Masters Series, qualifying for Worlds for the first time and winning US$28,125 for placing 16th.

As the industry expands, more opportunities for up-and-coming teams like GRX are coming into view. It was unprecedented when the Olympic Council of Asia featured esports as a demonstration sport at the 2018 Asian Games in Jakarta-Palembang–a first step towards esports entering the Olympic Games. Cheung believes the inclusion of esports in the Asian Games “legitimized its impact in the sports industry.”

Esports is further set to be a full medal event at the 2022 Asian Games in Hangzhou, and the International Esports Federation is in talks with the IOC about including it as a demonstration sport at Paris 2024. The establishment of esports as an Olympic sport is significant because, contrary to the accessibility of gaming, there still exists a high barrier to entry due to lack of regulation, which has contributed to the volatility of esports professions as a result.

“Esports has become a very capital-driven market because a lot of investors are involved. Therefore, the cost of running a competitive team is very high,” says Cheung.

Aside from equipment and management costs, famous players must engage in a popularity contest and be packaged as superstars like professional athletes to attract patronage. With teams flooding into the industry, such marketing demands mean that teams with high-profile sponsors attract more fans and talent.

Another barrier to entry relates the frequent confrontations about gender within the industry. In 2017, City University in Hong Kong found that out of 1,000 surveyed esports gamers in the region, 93% were male.

Kin Fung Man, CEO of Global Esports and Co-founder of decentralized gaming platform PLAIR, is working to bring all-female professional teams into the big leagues, and encourage more to pursue the profession. He stresses that the industry “[needs] to be fair to each player, based on their skills.”

For Man, empowering female players is not about taking the fight out of the bullpen, but bringing in new blood. His team, PandaCute (PDQ), is Hong Kong’s top female team. Founded in 2016, PDQ won the 2016 5v5 SunShine Cup in Taiwan, the 2017 SHERO and HKXP, as well as the 2018 Your Youth Girls Invitational.

PDQ Support ‘Rispy’ Lai recounts being bullied for her interest in LoL during high school.

“The boys would get very angry whenever I ranked slightly higher than them. They would feel cheated and that girls shouldn’t learn to play,” says Lai.

PDQ Team Leader and Top Laner ‘Deer’ Chan adds: “It’s as though some boys can’t stand to watch a girl climb to a higher level. That’s why we decided to play together as a group–we don’t want misogyny within the team.”

Many industry insiders like Choi acknowledge the adverse effects of low female representation, as he resents how “women in games usually have a perfect figure” which he thinks is “a misrepresentation of real women.”

On the flipside, Kang says that women can receive “tremendous attention for being a female” in the esports scene. He believes representation will increase in time, and that “all intrinsic value lies within gamers,” regardless of gender.

While gender dynamics will take time for the industry to address appropriately, PDQ Mid-Laner ‘Dream’ Shek remains passionate about her job, as training with a team “lights a fire in the heart”–a sentiment that’s echoed by her teammates.

As esports continues to mature, priority is placed on stabilizing the industry for players and coaches, and diversifying and expanding existing business opportunities.

New teams are often expected to invest their own money, causing many to leave the industry after a few years. That said, for serious players, sponsorships are only a means to an end.

As a way forward, Cheung cautions against working with cash sponsors, and recommends sustainable collaboration with partners to co-create products to help both “drive sales and penetration within the esports community.”

He adds: “The industry has grown to a level that enables lots of esports-related business, including live-streaming platforms, merchandising, and event management. I predict merchandising will become one of the biggest income sources for esports.”

The most important driver of growth is still the players who are passionate and committed to the industry. PDQ Jungler player ‘Momo’ Tsz-ching Mo says she “would like to stay in the esports industry” when her time as a professional gamer comes to an end, perhaps as a coach, streamer or other behind-the-cameras personnel.

Whether or not esports will become an Olympic-qualified sport, the industry is still expecting growing pains in the coming years. When asked how those interested in the industry can make their venture successful, Kang says, “Please respect existing people [in the industry] and let them know your interest in esports is real. Many gamers will try to help you.” 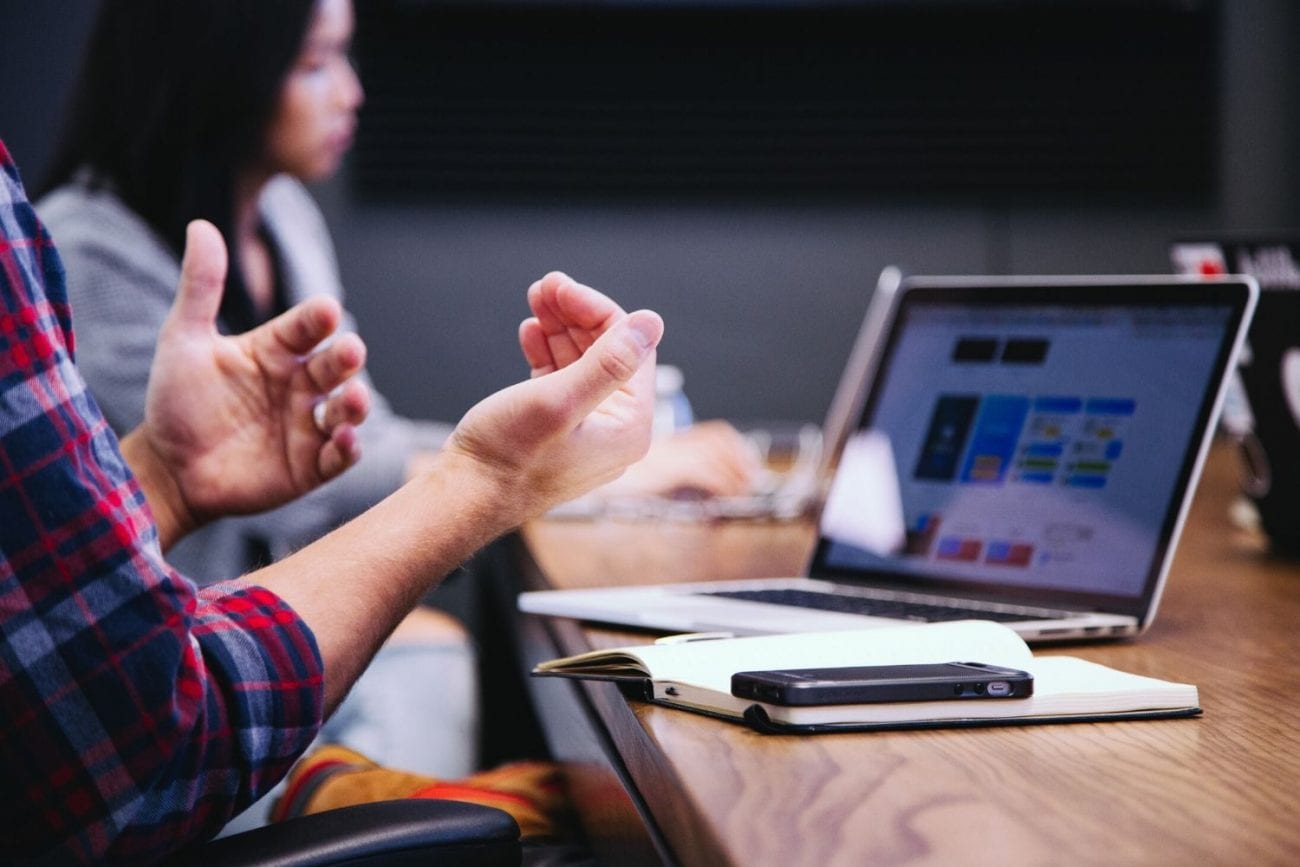