Change and innovation are messy yet essential processes. But human beings psychologically crave the security of structure, which is where design thinking comes in. It can be applied to any industry, taking into account unique ecosystems and the diverse needs of their stakeholders.

In essence, design thinking is a problem-solving system. The discipline was shaped by the contributions of innumerable academics, designers, and thinkers from the 1960s onward. It was widely accepted that complex contemporary problems had no simple solutions, and had to be approached holistically and humanely. Simply put, this approach is the integration of designers’ creative processes and methodical business thinking.

Looking at business systems in divergent and convergent ways results in powerful insights, irrespective of the scale or nature of the business, making this flexible methodology applicable to startups in many areas of their operations.

Developing user empathy and identifying problems in a SaaS solution

Mangalore, South India | UniCourt, a software-as-a-service (SaaS) solution for accessing U.S. State and Federal court records, started as a project in California in 2011. Founders Prashant Shenoy and Josh Blandi bootstrapped UniCourt in 2012 with funding from family and friends.

By 2018, the SaaS solution acquired a significant number of customers, but Shenoy still had many questions regarding its look and feel. For instance, how can a U.S. court records SaaS application based in South India hold its own against local competition? How can we keep the team motivated? Does the user experience (UX) clearly explain the problem it solves? Is the onboarding process smooth? Do users find what they are looking for right away? Are the SEO efforts effective enough for Google rankings?

After assessing the ecosystem in which UniCourt operates, these questions were reframed into broad, ‘How might we…’ challenges, which is the starting point of any design thinking engagement. The challenges were:

The first challenge was to get under the skin of a customer persona while using UniCourt. Personas were based on fictitious users in California, complete with names, genders, ages, and clearly defined professions. Each of the personas accessed UniCourt’s database for vastly different reasons, for example:

Next, a simple exercise called ‘Affinity Clustering’ aggregated and ranked application features based on the complexity of implementation and their impact on users. This exercise made it easy to decide which of the mountains of user requests for solutions would be best to carry out. The session concluded with an ‘Importance-Difficulty Matrix’ to prioritize actionable points for UniCourt’s team.

In the second challenge, an inexpensive but extremely effective testing procedure devised by IBM in the early 1990s called the ‘Thinking Aloud Protocol’ was used to evaluate UniCourt’s usability, taking user empathy a step further. Participants used the app and verbalized their thoughts at every stage of the interaction. Asking them to assume the personas enabled the UniCourt to experience first-hand the problems customers faced while using the app.

Developers tend to concentrate on the technical or challenging business aspects of SaaS products. App development, scalability, lowering costs, and creating APIs for easy integration with other software are prioritized–and rightly so. The user interface is invariably visualized as a ‘skin’ and is something to be dealt with later. But customers are now spoiled for choice. The unique features of any SaaS solution have to be upfront and easy to understand. Otherwise, the application will be doomed in the saturated, hyper-competitive SaaS environment.

By developing empathy with its users through a design thinking exercise, UniCourt realized that they had to get out of their developer mindset. The team learned that it’s critical to focus on specific customer needs in a detailed way, all the time.

Diverging and converging to define a non-profit’s road map

Hong Kong, HKSAR | Lena Wong quit a high-pressure job in finance to spend time with her daughters. Around her, she saw many other qualified women letting go of their careers when they became mothers. Lena felt strongly that fulfilling work and motherhood were not mutually exclusive.

This belief led to the founding of Hong Kong Momtrepreneurs (HKM), a platform encouraging women to take up entrepreneurship by providing access to training and mentorship opportunities. Drawn by Lena’s energy and organizational acumen, a like-minded committee gathered around her. But the HKM Core Committee was at a crossroads, without a shared understanding of where the organization was headed and what to prioritize.

The design thinking challenge was: How might we make Hong Kong Momtrepreneurs into an inspirational and unique organization providing lasting value to its members?

The session kicked off with a customized ‘Creativity Matrix’ to stimulate ideas in line with organizational aims and stakeholder objectives. Collaboratively, many ideas were first generated, then ranked convergently–first for effectiveness and then for ease of implementation.

HKM’s takeaways formed a clear visual roadmap of which ideas could be executed immediately, and which had value but needed time and organizational resources to succeed. HKM’s nine-member core group, who had met just a few times, arrived at a consensus on how to proceed–amicably, over wine and cheese, and without a single argument.

“The design thinking session helped to think outside-the-box and to prioritize properly […] and was done in an efficient manner which might otherwise take two or three more rounds of meetings,” says HKM founder Wong.

There is no singular way to practice design thinking. The method cannot be explained or taught–it has to be experienced. Sessions are embedded in context, where the outcome depends on the participants’ commitment and how deep-rooted the problems being addressed are. Exercises are thoughtfully structured, taking into account human frailties and failings and working around them.

Above all, design thinking is an act of hope. It enables truly collaborative decision-making and deliberate action, showing that it’s possible to change the status quo and make the world a better place.

Deepa Kamath is the founder of Amplify, a Hong Kong-based design studio.

Deepa Kamath has 30 years of experience as a hands-on designer and creative team manager. She is the founder of Amplify, a Hong Kong-based design studio. She has a Masters in Visual Communication from the National Institute of Design, India’s internationally recognized design school, and is a LUMA certified Design Thinking Practitioner.

Photo by UX Indonesia on Unsplash The gender gap in technology is symptomatic of a larger and more historic trend of gender inequality in the jobs market. The business of technology is charged as ever. Tech is at the helm of critical opportunities such as climate tech, and pivoting global transformations, such as in mobility or [...] 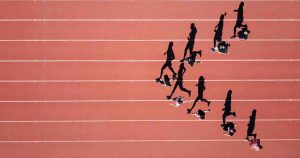 By Joe Ori They say no man is an island, and this holds especially true when it comes to starting a business. You can definitely start your own company solo, but if you’re building a startup – or when your business takes off and servicing your customers alone is no longer practical – a savvy [...]

How to avoid burnout in the age of remote working. While some may feel the need to work all the time to showcase their devotion and productivity to their employers, others may struggle to balance their work and personal life. For working parents, remote working becomes all the more stressful as [...]

Innovators are not born, they are made. Here’s how to make that happen. Disruptive, transformative, revolutionary, game-changing… in the world of business, innovation has many synonymous buzzwords that are thrown about in conversation and on paper. Innovation turns the wheels of the modern tech [...] 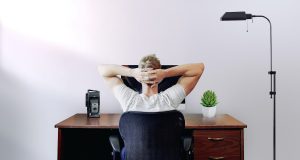 Is Remote Work Destroying Your Creativity?

Some say remote work can fuel creativity. Others contradict it. What’s the truth? Read more to find out. Last year, the pandemic brought the world to a screeching halt. Almost overnight, lockdowns were announced and our routines and behaviors were disrupted and changed in ways we had never [...]